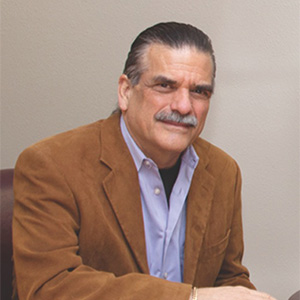 Bell, who announced his retirement from Rio Grande last year after 49 years, first joined the company in January 1971 when he was 20 years old. He was the seventh employee of the company founded by his father, Saul, in 1944.

During his time there, Bell lead Rio’s transition from a storefront business to a mail-order catalog business. He was an early adopter of business practices such as e-commerce and same-day shipping—all while initially serving as the company’s marketing department.

In 2011, he oversaw Rio Grande’s sale to Berkshire Hathaway–owned Richline.

“It may be trite to say, but in Alan’s case it’s true: He proved you can do well by doing good,” says MJSA president and chief executive officer David Cochran in a statement. “He’s a rock-solid leader. When he served as MJSA chair from 2006 through 2008, a time that saw a change of leadership at MJSA and the start of the Great Recession, his steadiness, integrity, and visionary outlook proved invaluable.”

Added sister Molly Bell, who currently serves as Rio’s executive vice president, in the same statement: “Alan would always, without hesitating, quickly identify the right thing to do, even when doing the right thing cost the company money. That integrity was his north star.”

Danny Cox, Rio’s longtime chief financial officer, also said in the statement: “Saul always said that, as a jeweler, people are putting their trust in you, and you have to do everything to earn that trust. I always saw echoes of Saul in Alan—the way he thought about every side of a transaction, and would take the time to hear people’s issues. People felt appreciated.”

This is the second time MJSA has awarded a Lifetime Achievement Award. The other recipient was Dick Smith of LeachGarner in 2011.