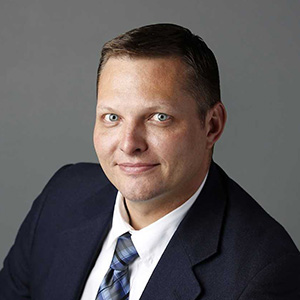 Albuquerque, N.M.–based jewelry equipment manufacturer Rio Grande has appointed Arien Gessner to be its next president.

He succeeds Alan Bell, the son of company founder Saul Bell, who is retiring. Alan Bell will work alongside Gessner for the rest of the year before Gessner fully takes over in 2020.

Rio Grande was purchased by Berkshire Hathaway–owned Richline Group in 2012.

He has also worked as a digital marketing professor at the University of New Mexico and as a project manager for Sandia National Laboratories, which is run by the U.S. Department of Energy’s National Nuclear Security Administration.

“The entire leadership team participated in a thoughtful approach in determining Alan’s successor, a careful process that our customers, partners and employees expected and deserved,” said Molly Bell, executive vice president and daughter of founder Saul, in a statement. “As Alan plans for retirement in 2020 and I am just a few years behind him, Arien’s transition to this role provides a sound and exciting long-term plan for the future.”

Rio Grande was founded by Saul Bell in 1944.

Alan Bell said in the company statement: “Having worked with Arien for over five years, I am very confident that he is the right person to lead Rio Grande into the future while protecting the culture and core values that are so much a part of Rio Grande’s DNA.”

Molly Bell called Gessner “a proven leader with the business vision and the ability to bring people together. His vision and energy will be invaluable to our leadership team and our company.”