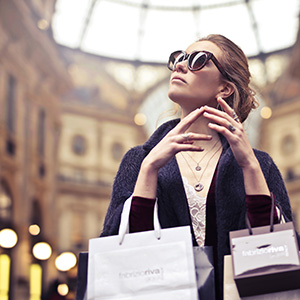 A new study by MVI Marketing, “The Luxury Growth Demographic of Opportunity,” surveyed 1,001 female respondents aged 25–40 (millennials) with a household income $75,000 or higher about their brand and buying predilections when it comes to jewelry, shoes, and hotels.

Here’s what the study found in the jewelry category.

In alloys, white gold ranked most popular, with 35.3 percent of women saying it was their preferred jewelry metal. Silver and platinum followed, and only around 10 percent of respondents called rose and yellow gold their favorites, respectively.

The findings are interesting, but certainly are limited—as the pool of respondents (1,001 women) is on the small side. And responses including those that place white metals above rose gold and yellow gold—and ailing Pandora among favorite brands—are a tip-off that perhaps the polling was centered outside of urban areas, many of which (including New York and L.A.) play a major role in setting jewelry trends in the United States.