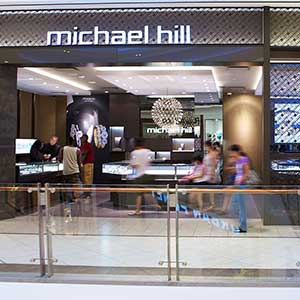 The review was instigated by new CEO Daniel Bracken and comes amid reports that a number of Australian companies, including broadcaster ABC and operators of local 7-Elevens, have underpaid their workers.

After studying some sample groups of employees, Michael Hill discovered a “historic misapplication” of Australia’s Retail Industry Award, which covers what businesses can pay retail employees, including overtime. All the issues occurred over the last six years, it said.

The review was conducted with accounting firm PriceWaterhouseCoopers.

The retailer now plans a more detailed review of all employee records, which it said will take several months to complete, though it will “be undertaken with urgency.”

Remediating these issues is estimated to cost from $10 million AUD to $25 million AUD, which is not likely to have a material impact on the company’s earnings.

A spokesperson for the country’s Fair Work Ombudsman told ABC it is “concerned by the scale of the reported underpayments and will contact Michael Hill International.”

Said Bracken in a statement: “I’m committed to engaging with our team members transparently and with absolute integrity and fairness. When we identified there was an issue, I mobilized a team, supported by independent external experts, to determine the scale of the problem, identify the individuals affected, and to ensure full compliance with the Award going forward.

He added: “We will move as quickly as possible to rectify any underpayments with those team members affected. I will be in contact with all team members today to apologize on behalf of the company.”

The jeweler also owns stores in Canada and New Zealand. An attempt to open up stores in the United States was abandoned last year.