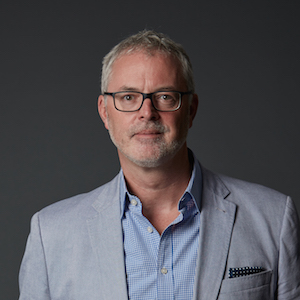 Current CEO Phil Taylor is stepping down because “he has been diagnosed with a health issue and has decided to resign to focus on his treatment and recovery,” a statement said.

A 30-year company veteran and its former CFO, Taylor was named Michael Hill’s permanent CEO in last May after serving in the role on an interim basis since August 2016. He will continue to consult with the company for the next six months.

One of Taylor’s biggest decisions involved finally pulling the plug on its U.S. operation earlier this year. Taylor later said the company’s nine U.S. stores were afflicted with “a lack of brand awareness and foot traffic” that could not be overcome. Later, he also shut down the company’s 30 stores devoted to its Emma & Roe charm brand.

The Brisbane, Australia–based company still has more than 300 stores in Australia, New Zealand, and Canada.

Taylor’s replacement, Bracken, has more than 25 years experience in fashion and retail. He is currently the CEO of Specialty Fashion Group, an Australian retailer that sells a number of women’s clothing brands. In May, that company divested five of its brands, leaving just one in its portfolio. He has also held a number of top-level positions in Burberry London.

In a statement, Michael Hill International chair Emma Hill said the company was happy to a have such a “high-caliber individual…to lead the company against the backdrop of a rapidly changing retail environment.”

In the same statement, Bracken said that Michael Hill is “one of the most recognized and iconic jewelry brands in Australia and New Zealand, and is experiencing strong growth in Canada. There are significant opportunities for retailers who can differentiate through product and brand, and I see enormous potential for the brand both in existing markets and to expand into new markets.”