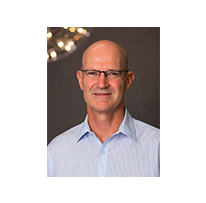 Phil Taylor has served in the job since last year

Phil Taylor, who has served as Michael Hill International’s interim CEO since last August, has been named the company’s new head.

Taylor has been with the Brisbane, Australia–based company since 1987 and was appointed chief financial officer in 2003. Last year, he was appointed interim CEO, replacing longtime head Mike Parsell.

“Phil has a deep understanding of our business and is well-respected throughout the group,” said Emma Hill, chair of Michael Hill International, in a statement. “The board has been particularly impressed by the fresh perspectives and decisive action that have been evident since Phil was appointed as acting CEO.”

The company has 10 stores in the United States.