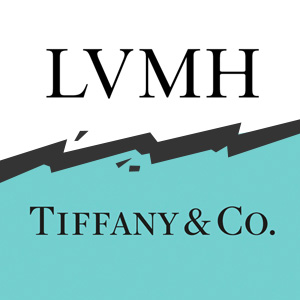 In Monday’s filing with the Delaware Court of Chancery, LVMH argued that Tiffany & Co. has been “devastated” by the COVID-19 pandemic, which represented a “material adverse event” that nullified the two parties’ merger.

The luxury conglomerate’s counterclaim came in response to a Tiffany lawsuit, filed Sept. 9, which argued the court should preserve the $16.2 billion deal LVMH agreed to last November.

LVMH’s filing noted that Tiffany reported a $45 million loss in the first quarter of 2020—and that this year the jeweler will likely post its worst performance in its 33 years as a public company.

It argued that the agreement contained “no pandemic carve-out” and that the “pandemic is very active and far from over.”

“Tiffany is also reliant on the U.S. market, which has been among the hardest hit by the pandemic,” it said. “And Tiffany is heavily dependent on spending by tourists. Yet global travel has dropped off a cliff since the pandemic began and shows no signs of recovery.”

It also claimed that Tiffany “has failed to preserve its dwindling cash,” by “showering investors with $70 million in dividends”—at the same time it has cut back on marketing costs by 39% and capital expenditures by 32%.

“These acts hardly represent the ‘responsible steward[ship]’ that Tiffany has touted,” said the counterclaim. It noted the marketing reductions “will cause severe damage to the Tiffany brand, thus accelerating and prolonging the downward spiral in Tiffany’s revenue.”

It further argued that the letter LVMH received from the French government—asking it to postpone the date’s closing to January, as part of France’s ongoing trade hostilities with the United States—represents a “legal restraint” that prevents the deal from closing in the prescribed time period.

Finally, LVMH argued that the only reason Tiffany’s management and board want the deal to continue is because they will receive big piles of money from it.

It noted that Tiffany’s CEO, Alessandro Bogliolo, stands to receive a $44 million golden parachute if the deal goes through, and its top five executives will earn a collective $100 million.

“On a stand-alone basis, Tiffany’s executives would never earn compensation like [that],” it said.

In a statement, Tiffany fired back, calling LVMH’s charges “baseless.”

“Despite Tiffany’s many requests, LVMH still has not provided Tiffany or the court with a copy of the letter,” it said. “LVMH’s seeking this letter was a clear violation of its obligations under the merger agreement, and Tiffany anticipates that more of LVMH’s duplicity will come to light during the trial.”

It argued that, in contrast to LVMH’s assertions, Tiffany has operated in the “ordinary course” of business.

The dividend payments were “expressly authorized” by the merger agreement, it argued, noting that Tiffany has never missed a dividend payment since its 1987 debut on the public markets.

“Tiffany has more than $1.2 billion in cash and has no liquidity constraints,” said the company’s statement. “The real reason LVMH complains about the dividend payments is that it wanted the cash left in the company for its benefit.”

Last week, the vice chancellor overseeing the case ruled that it will go to trial in January 2021.