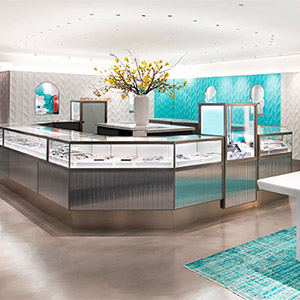 At a Sept. 21 hearing, counsel for Tiffany and LVMH differed strongly on whether the two parties’ 2019 merger agreement should go through as planned, as a Delaware judge said the case will go to trial in January.

Tiffany had wanted the case heard in mid-November, given the deal was set to close on Nov. 24.  Its attorney, Richard C. Pepperman, partner at Sullivan & Cromwell, argued that the ongoing uncertainty has left Tiffany in limbo, as the deal requires LVMH consent to any senior-level Tiffany personnel moves, as well as material contracts, like leases.

LVMH’s counsel, Edward Michelleti, a partner at Skadden Arps, called Tiffany’s proposed November date “unworkable,” and asked to hold the trial in April or May. However, he noted that LVMH would abide by the deal’s original terms if the court found it breached them.

Pepperman argued that Tiffany believes that LVMH still wants to acquire Tiffany, but at a lower price than the $16.2 billion agreed to last November, and that its request for a six-month delay is part of that “overarching strategy.”

LVMH hopes that “the delay and the uncertainty and commercial hardships it inevitably creates will cause Tiffany’s board to buckle and to agree to a price reduction,” he said.

Joseph R. Slights III, vice chancellor of the Delaware Court of Chancery, denied both sides’ proposed timetables and set the trial for January 2021, noting that the Federal Trade Commission’s antitrust approval for the deal expires on Feb. 3.

“This is still an incredibly ambitious schedule, particularly given the COVID pandemic, but eminently doable,” he said. “Certain regulatory approvals will expire early next year and this is something to be avoided if at all possible if this transaction is to close.”

In its original complaint, Tiffany argued that LVMH had dragged its feet regarding antitrust approvals. But since then, LVMH has submitted all the required paperwork, and it appears the trial will focus on two issues.

The first is LVMH’s assertion that a letter from France’s foreign ministry required it to call off the deal. The second is its request that the deal be nixed anyway, as  COVID-19 had a material adverse effect (MAE) on Tiffany’s business.

The letter from France’s foreign ministry asked that, in response to the country’s trade war with the United States, LVMH delay the deal until Jan. 6—which would be outside the proposed closing date, therefore it would have to be canceled.

But there is some dispute over whether the letter said that LVMH “should” delay the closing, or “must.”

“[T]here’s a fundamental difference between should and must,” argued Tiffany’s counsel Pepperman, while noting that Tiffany has not seen the original letter. “Based on the English translation we’ve been given, the letter is not on its face a legal restraint under the merger agreement. It is merely a recommendation, a request, or a suggestion.”

He noted that LVMH’s attorney did not dispute reports that French chairman Bernard Arnault “actively solicited the French government’s assistance in finding a way out of the merger agreement.” (LVMH officials have disputed this elsewhere.)

LVMH’s counsel Michelleti argued that Tiffany was “devastated” by the COVID-19 pandemic, especially since it’s located in the United States, the virus’s “epicenter”—which in LVMH’s view constituted an MAE.

Tiffany’s counsel conceded that the retailer had been affected by the pandemic, but said it had not been hurt more than others.

Following the decision, the two sides put out statements. “LVMH is fully confident that it will be able to defeat Tiffany’s accusations and convince the court that the conditions necessary for the acquisition of Tiffany are no longer met,” said that company’s statement.

“We will demonstrate to the court that LVMH is in clear breach of its obligations under a valid and binding agreement and that their claim of a Material Adverse Effect is completely baseless,” said Tiffany chairman Roger Farah in the statement.