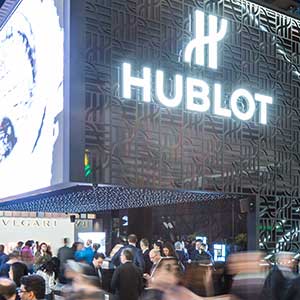 In the latest blow to the ailing Baselworld fair, LVMH—parent company of the TAG Heuer, Hublot, and Zenith watch brands as well as Bulgari—has also decided to leave the annual event, casting further doubt on the show’s future.

Last week, a group of prestigious watch brands—including Rolex, Patek Philippe, Chanel, and Chopard—announced they were leaving the century-old show to start a new watch event in Geneva in April 2021.

The move left Baselworld’s owner, MCH Group, in shock, saying, “in the next few weeks, [it] will be making a decision on the continuation of Baselworld and on investments in its further development.”

MCH could not be reached for comment by publication time.

The statement from LVMH did not explicitly commit to joining the new show, but said the multibrand defection sparked the decision to follow them out the door.

“Within this context of clearly weakened representation of the Swiss watch industry and hence inevitably lower participation, it appears clear to the brands composing the Division and to the House of Bulgari that they must also withdraw in order to preserve their image and their relations with their clients as well with the media,” said its statement.

The company said that it will announce its plans for 2021 soon and expressed interest in joining the new Geneva event.

“We will do our utmost to be present alongside the other prestigious Maisons that will gather in Geneva in April 2021,” said Stéphane Bianchi, chief executive officer of the LVMH watchmaking division, in the statement.

Added Jean-Christophe Babin, CEO of LVMH-owned Bulgari, which announced it would not exhibit in the 2020 Baselworld in February, due to fears of COVID-19: “Grouping the entire Swiss watch industry in a single location, Geneva—the historical capital of watchmaking—and around a single date, is a major opportunity to at last revive a sector that all too many divisions and divergent interests have weakened compared to the rest of the luxury sector in which Bulgari is active and that is making much faster progress. We are looking forward to going to Geneva in April 2021, even though we still need to define the terms of our participation.”

Top: The Hublot booth at Baselworld (image courtesy of Baselworld)