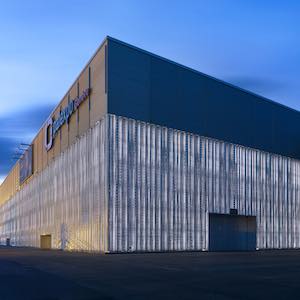 Rolex took the lead in organizing the new show, which will be held in early April 2021 at Palexpo in Geneva (pictured), at the same time as Watches & Wonders, the rebranded SIHH fair. The statement announcing the show did not specify dates for the new show or even a name.

It’s also unclear if the new show will feature gems and jewelry—as Baselworld has—or if other big watch groups, such as LVMH and Swatch, will join the new coalition. The release said it’s possible that other watch brands may be added to the event, and that the new show “will be geared predominantly towards retailers, the press and VIP customers.”

“This departure follows a number of unilateral decisions made without consultation by Baselworld management,” said the release, “including the postponement of the watch show until January 2021, as well as its inability to meet the brands’ needs and expectations.”

It’s an enormous blow that could spell the end of Baselworld as we know it. The century-old fair, for years one of the biggest and most prestigious in the industry, had been struggling to resurrect itself following the departure of Swatch Group in 2018.

After Swatch’s departure, Baselworld announced plans to sync its dates with Watches & Wonders, starting with the 2020 edition. However, when the COVID-19 crisis forced the cancellation of this year’s show, Baselworld announced its 2021 edition would take place Jan. 28–Feb. 2. That meant it was no longer in sync with Watches & Wonders, which had moved to April and traditionally took place in January.

Many exhibitors balked at the new Baselworld dates, noting they conflict with jewelry trade shows like VicenzaOro and the Tucson gem shows. But the breaking point seems to have been the show’s decision to not offer full refunds for the 2020 show, especially to exhibitors who won’t be able to attend the 2021 edition.

There were also gripes about the Basel hotels—a longtime source of irritation to exhibitors—some of which also declined to offer refunds to customers who canceled their bookings for the 2020 show.

In a statement, Baselworld expressed “great surprise and equally great regret” over the moves and even hinted that the fair’s future was in doubt.

“In the next few weeks, [owner] MCH Group will be making a decision on the continuation of Baselworld and on investments in its further development,” it said.

It also noted that the new dates were decided jointly by leading exhibitors.

“The objective was to find the earliest and best possible date for the industry following the COVID-19 related measures. The companies now ‘migrating’—including Rolex—spoke out in favor of a postponement to January 2021. They are also represented on the Exhibitors’ Committee, where the future vision of Baselworld has been discussed on several occasions and has met with a positive response, as was also evidenced by countless individual discussions.”

It added that no exhibitor ever mentioned moving to Geneva.

“The MCH Group must therefore conclude that the relevant plans have been in preparation for some time and that the discussions concerning the financial arrangements for the cancellation of Baselworld 2020 are now being put forward as an argument.”

It said that MCH has “invest[ed] substantial sums in the further development of Baselworld and in the establishment of additional digital platforms…. More than ever before, it sees an opportunity to develop a modern platform in the watch and jewelry industry for brands that do not rely primarily on tradition, but above all on innovation.”

Apparently, these investments did not impress the watch brands, which all took turns swiping at Baselworld and its management in the announcement of the new show.

Jean-Frédéric Dufour, chief executive officer of Rolex, said in the statement, “We have taken part in Baselworld since 1939. Unfortunately, given the way the event has evolved and the recent decisions made by MCH Group, and in spite of the great attachment we had to this watch show, we have decided to withdraw. Following discussions initiated by Rolex, it seemed only natural to create a new event with partners that share our vision and our endless, unwavering support for the Swiss watchmaking sector.”

Patek Philippe president Thierry Stern said: “The decision to leave Baselworld was not an easy one to make for me, being the fourth generation of the Stern family to participate in this traditional yearly event. But life evolves constantly, things change and people change as well.… [W]hat was right yesterday may not necessarily be valid today.

“Today, Patek Philippe is not in line with Baselworld’s vision anymore,” he added. “There have been too many discussions and unsolved problems. Trust is no longer present.”

Karl-Friedrich Scheufele, copresident of Chopard, said: “Chopard first exhibited at the Basel fair in 1964 with a stand of some 25 square meters. After careful consideration, our family decided to support the Rolex initiative and retire from Baselworld—a painful decision. The creation of this new watch show in Geneva, in parallel to Watches & Wonders, will allow us to better serve our watchmaking partners and our customers.”