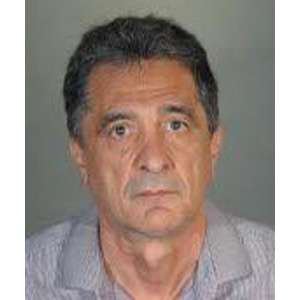 Moossa Lari (pictured), who heads a business in Los Angeles’ jewelry district, has been charged with a felony trademark violation for allegedly running a “major” distributor of counterfeit jewelry, according to a news release from the Los Angeles Police Department (LAPD).

The LAPD release said that after investigators made several undercover buys and conducted surveillance at the business, they determined it was a nationwide distributor of counterfeit jewelry.

In May, the state of California fined five jewelry businesses for allegedly selling jewelry that contained excessive levels of lead and cadmium.

Lari could not be reached for comment at press time. According to a local news channel, he posted bond and was due in back court on Dec. 4.

The LAPD asks anyone with information to contact commercial crimes detectives at 213-486-6940. Anyone wishing to remain anonymous should call L.A. Regional Crime Stoppers at 1-800-222-TIPS (800-222-8477) or go directly to www.lacrimestoppers.org.