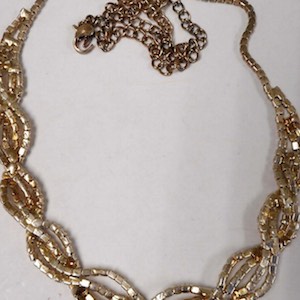 The state of California has fined five jewelry distributors for allegedly selling jewelry that contained excessive levels of lead and, in one instance, cadmium.

A statement from Attorney General Xavier Becerra alleged that the companies’ products contained lead levels that exceeded what is allowed by the state’s metal laws. In some cases, the jewelry exceeded the legal amount by 1,000 times, it said. One company even labeled its jewelry as “lead-free,” although its products contained unlawful levels of lead, according to the statement.

The office also released pictures of the items at issue, including a pendant, a pearl necklace and earring set, gold chain necklace, bobby pins, and a piece of Hello Kitty belly-button jewelry.

“Lead and cadmium are highly toxic and can cause serious health problems, even at low levels of exposure, and especially for children,” said Becerra in a statement. “Today’s settlements should send a strong message to anyone who would put profits ahead of public health.”

According to the statement, excessive levels of toxic metals in jewelry can cause neurological impairments, kidney damage, seizures, comas, and death. It said that young children are particularly susceptible to these effects, as their brains are still developing.

In related news, Washington Attorney General Bob Ferguson just signed a legally binding agreement with Amazon.com, which requires the e-tail giant to discontinue the sale of any children’s jewelry or school supplies that contain lead and cadmium levels exceeding those allowed by state and federal laws. As part of the agreement, Amazon agreed to pay the state $700,000, which will be used to fund future environmental protection efforts, including investigations into toxic children’s products.

“As a parent, when I buy products for my kids, I expect them to be safe,” said Ferguson in a statement. “All retailers must ensure that their products do not pose a threat to Washington children. If they don’t, they will hear from my office.”

Top: A gold chain necklace that was one of the items at issue (image courtesy of the California attorney general’s office)