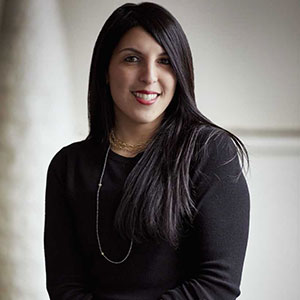 She will report to the company’s vice president of public relations, digital, and e-commerce, Amanda Willinger.

“In a short amount of time, Jamie has added significant value to our public relations efforts. Her relationships, experience, and strategic vision have been essential to the continued growth of our company,” said Willinger in a statement.

As JCK reported in October 2017, Lagos is notable in the industry for its strong reliance on a predominantly female executive team. Hector will serve under a group of senior female leaders, including not just Willinger, but also Isabelle Scarchilli, vice president of marketing; Kathy Cope, vice president of product development; and Diana Nichols, vice president of sales.

Lagos was founded in Philadelphia 41 years ago by artist Steven Lagos, a master jeweler, and pursued what they describe as “a new category of jewelry, between fashion and fine jewelry.” In a recent blog post on the company’s website, he discusses the influence of women in his own life on his approach to designing jewelry, repeatedly emphasizing his inspiration by their strength and confidence.

Lagos works to provide his self-purchasing customer base with empowering pieces that are easily adapted to work with a distinct personal style. This latest promotion continues an apparent commitment to building a company culture that supports its founder’s avowed interest in connecting with the needs and perspectives of his female customers.

The promotion also comes at a moment when jewelry is both supporting public fashion statements regarding women’s social equality and taking center stage as a symbol of them.