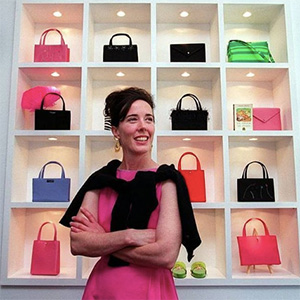 Kate Spade, the 55-year-old founder of Kate Spade New York and creator of one of the first-ever “it” bags, died in New York City yesterday, reportedly of suicide.

The designer and revered business mogul was mourned by fans, friends, and family online. Comedian David Spade, Kate’s brother-in-law, posted a blurry picture of the two of them, captioned: “She was so sharp and quick on her feet. She could make me laugh so hard. I still can’t believe it. It’s a rough world out there people, try to hang on.”

And her immediate family said in a statement, “We are all devastated…we loved Kate dearly and will miss her terribly.”

Fuzzy picture but i love it. Kate and I during Christmas family photos. We had so much fun that day. She was so sharp and quick on her feet. She could make me laugh so hard. I still cant believe it. Its a rough world out there people, try to hang on.

The brand Kate Spade New York, which Kate stepped away from in 2006, posted a text-only Instagram reading, “Kate Spade, the visionary founder of your brand, has passed. Our thoughts are with her family at this incredibly heartbreaking time. We honor all the beauty she brought into this world.”

The designer was born Katherine Brosnahan, and grew up in Kansas City, Mo., before moving to New York and working in fashion editorial. She was an accessories editor at Mademoiselle magazine when she founded and launched her namesake brand in 1993.

Her boxy nylon bags—particularly the plain black nylon Sam bag—were absolutely market-disrupting at the time. There had never really been an American-made “it” bag before the Sam, which quickly became the hot tote for young women in the United States. (I was 17 and a senior in high school when it debuted, and I wanted one desperately.)

The boxy, big shape of the bag felt utterly modern at the time, and that little black-and-white Kate Spade New York tag held reams of social currency. Spade had identified a hole in the market—for unfussy, well-sized handbags made from modern materials—and created the perfect product to fill it.

She was also one of the first designers to be knocked off by counterfeiters on a mass scale. When she opened her shop in downtown New York in the 1990s, stalls filled with counterfeit Kate Spade bags were doing business a block away.

Of course no fashion item or brand that molten-hot stays in real demand for long. The women who loved and wore the Sam bag moved on to Fendi Baguettes, YSL Mombasas, and other “it” satchels. But as the brand forayed into jewelry, apparel, and other categories, Spade stayed true to the original Kate Spade girl—the young, stylish consumer who was drawn to bright colors and a certain retro-collegiate preppiness. And the brand managed to maintain a thriving, if slightly less fashion-forward, consumer base.

The brand passed through a few more hands before New York conglomerate Tapestry Inc. snapped it up in 2017 for $2.4 billion.

Under Tapestry and its former owners, Kate Spade New York has developed a top-selling costume jewelry collection, which is currently sold at department stores such as Macy’s and Nordstrom and through major online retailers including Shopbop. And the brand’s licensing deal with wearable developer Fossil Group has manifested some of the most charming and feminine-feeling wearables on the market.

In both categories, house designers have done a terrific job of paying homage to Kate’s signature style—which will forever be remembered as happy, bright, and full of hope.

The JCK team sends its sincere condolences to Kate’s family and friends. 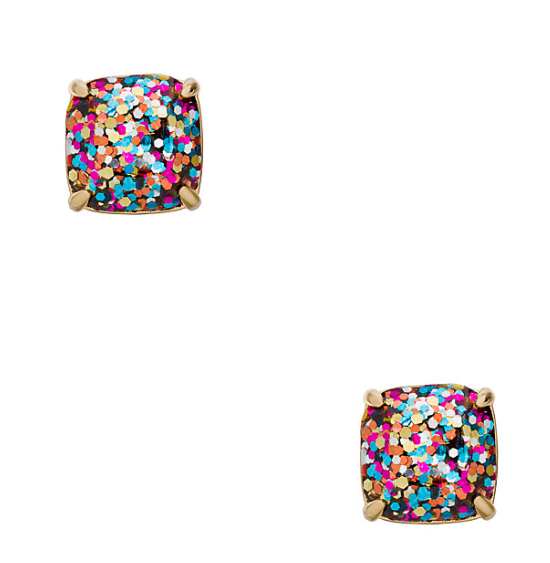 Top: Kate Spade in the 1990s with her groundbreaking bags (image via: @mariellafashionfest)