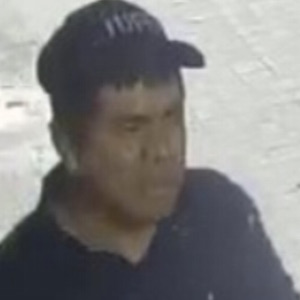 The Jewelers’ Security Alliance (JSA) is offering a reward of up to $2,500 for information leading to the arrest of the man who stabbed and killed Eshagh Natanzadeh, 62, a Los Angeles jeweler.

According to Los Angeles police, on Nov. 3, sometime around 9 a.m., the suspect (pictured) entered Natanzadeh’s store, stabbed the jewelry store owner several times, then exited the store carrying a white grocery bag. Paramedics were called and Natanzadeh was declared dead on the scene

Little is known about the crime, says JSA president John Kennedy, though it’s believed to be a robbery.

The death of Natanzadeh, who was an Iranian Jew, has shaken L.A.’s Iranian Jewish community, according to The Forward.

“My family and I truly appreciate all of your calls and messages with kind words,” his son Omid wrote on Facebook, according to the publication. “I’ve been hearing nothing but ‘your dad was the nicest man I knew, your dad was such a kind soul, your dad was so giving, your dad was like my own brother’—and while all of these are so heartwarming to hear, nothing will ever be the same.”

Natanzadeh is the third member of the industry killed so far this year, according to JSA stats. In March, a Stamford, Conn., jeweler was killed, and this summer, a retired police captain and municipal chief who was guarding a friend’s pawn shop was killed during civil unrest in St. Louis.

That marks an unfortunate change from last year, when no industry member was killed during a crime.