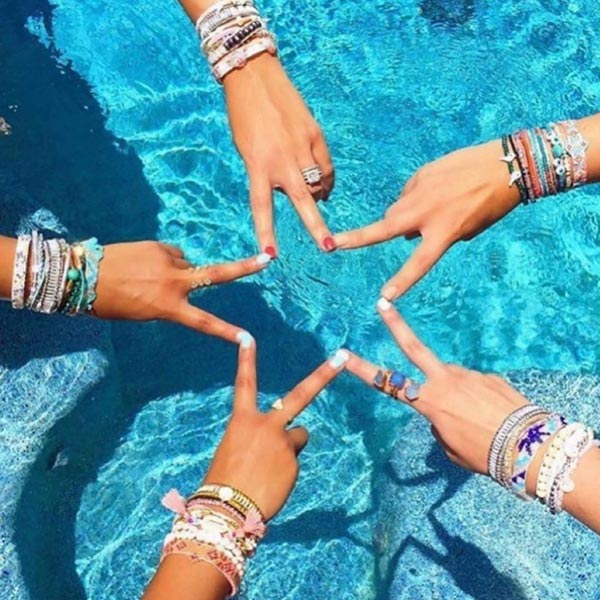 A few weeks ago I wrote an article about why you should probably be on VSCO, completely sidestepping perhaps the most important storyline consuming news about the app at the moment: the VSCO girl.

Don’t know who she is? I didn’t either, until I was bombarded with no less than five articles in one day about the meme-worthy sensation, mostly from parenting blogs written by mothers trying to keep up with their kids’ ever-shifting interests.

Which just goes to show that if you blink—or, heaven forbid, age—you might miss something.

A quick summary of the VSCO girl: she’s young (teenager and younger), affluent, trendy. Many articles I’ve read describe her as nearly always white and often blond. She uses VSCO (obviously), posting photos of herself in long T-shirts, hair scrunchies, shell necklaces, and Birkenstocks; carries a particular water bottle and metal straws in her Swedish backpack; and has a particular love of sea turtles. She uses catchphrases that I won’t bother listing because I can’t even begin to understand them, and she appears to spend most of her time at the beach, somehow.

This, ladies and gentlemen, is to the new generation what a slightly older generation would call “basic.” A vast generalization of females that stereotypically like certain things (what used to be pumpkin spice lattes and yoga pants is now a colorful range of Starbucks teas and barely there bike shorts you wouldn’t notice anyway because the T-shirts are so long). Basically, they’re me (and many of you) in the ’90s, with more money and less acne, and a lot more on their plates to worry about (see sea turtle love and their quest to save the environment). Plus, they have social media to document it all.

Don’t let a mean-spirited term like basic fool you—strip it down, and, really, it just means popular. As in, follow what they are buying, because those are the things that will sell. Once the VSCO girl became a meme, she became a customer segment. Passing pop culture fad or not, it’s already spawned hundreds of Instagram accounts, multiple references on major websites and even TV shows (an entire episode of NBC’s Superstore was littered with them), and lots of parents voicing both their confusion and concern.

As far as our industry goes, there is, of course, jewelry involved. Typically, these young girls seem to favor cheap jewelry: shell necklaces, campy beads, woven friendship bracelets. But a quick spin through Instagram (#vscogirl has 1.5 million entries and counting) shows that they aren’t exclusively interested in those things, revealing other VSCO girl–approved items that retailers would be wise to stock.

One of the most popular styles? Initial jewelry. From signet-style rings to engraved discs and oversize pendants, this is a purchase that buyers can feel secure in spending a little bit more money on, because when is initial jewelry really out of style? So along with the cheap beaded friendship bracelets and puka shell chokers, here’s an option that’s literally golden and time-tested (unless they request the initial of their junior high school boyfriend, which, maybe, not so much).

They also appear to really like the charm bracelets à la Alex and Ani and Pandora, some rocking full-on wristloads of them for a look I haven’t seen in quite some time. They are also frequently spotted wearing the Apple Watch.

And, as I mentioned earlier, they really care about sea turtles. Like, a lot. And you thought that sea turtle jewelry was just for retailers on the coast.

Who knows how long it will take—years, months, even weeks—for the chatter about this particular meme to quiet down. Regardless, this stuff is actually really important to keep tabs on. The vast majority of these young girls aren’t going to drop thousands of dollars on diamonds in your store (they’d be skeptical of the stone’s origins, anyway).

And that’s precisely why their shopping habits should be noted. They’re growing up in a time where saving the environment is massively important and discussed. They’re not interested in high-maintenance beauty looks and heavy makeup, and much of their style could have easily been thrifted from my closet in the ’90s. These things can and will have implications on their future tastes—even if we can’t predict exactly what they’ll be into in 10 years, we get a sense of the values they are instilled with that could carry into their future spending.

You can’t grow up in an environment that’s heavily affected by changing climates (both the earth and the retail environment) without taking some of that with you. As retailers, while this doesn’t mean the end of diamond sales, it could signal at least a shift. It’s a good place to start paying attention. For now, don’t sleep on those sea turtle charm bracelets.