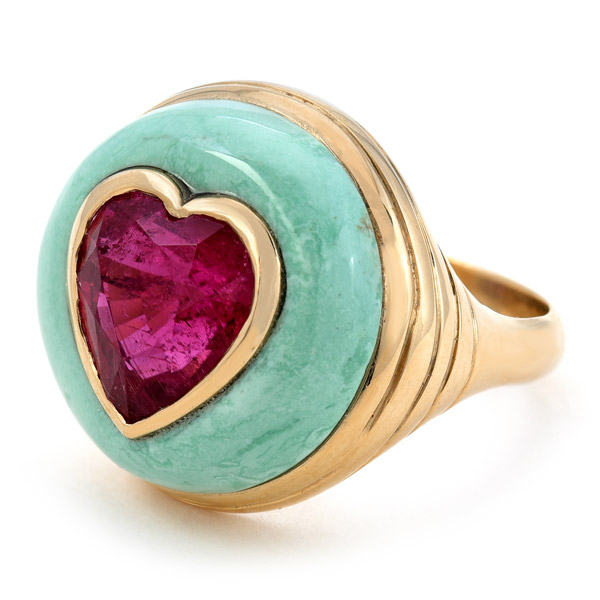 It’s that time of year again to take a look back at the styles that dominated 2019, but this year, it’s more than that. It’s the end of the decade, and while that doesn’t guarantee big changes ahead, it does draw a line on where we describe which ones “defined the decade.”

We know this to be true, even when certain styles jump in and out of popularity on a more micro level. The view from the top goes something like this:

Chokers and statement necklaces are pretty well associated with the aughts; the ’90s brought us mood rings and arm bands, friendship bracelets and pukka shells; the ’80s, Madonna-esque layers of pearls and dangling crosses from the ears, layers of bangle bracelets, and brooches. This is all highly simplified, and the truth is each year brings more nuance than that (not to mention, many of these styles have reappeared since), but such is the trouble with defining a decade.

So when we look back at the teen years (can we call them the twenty-teens?), will any of these trends be mentioned as a headliner? While it remains to be seen, I think so. Here are some of the biggest styles from 2019.

Pink. It does finally feel that we have moved away from Millennial Pink, a color I would go as far as to say owned these last five years. I don’t think there will come a time when we ever really leave a color completely behind, but for now, the millennials had theirs, so it’s time to see what the Gen Z–popularized hue will be.

Mini pearls. The return of pearls in miniature was for sure a micro trend in 2019—and one of my favorites at that. It does feel like the look was fleeting, but I wouldn’t be surprised to see it more in the new year—there’s just something about pearls in winter that feels like it makes sense.

Gold. It’s hard to call the rise of gold a trend, but the yellow metal has seen major coverage on the runways, here at JCK, and beyond. The bolder, the better: Chunky chains, thick hoops, and hefty rings have been items of choice over the last year, if not longer. I do think the resurgence of yellow gold, particularly in bridal, is decade defining in the way that I used to think yellow gold engagement rings were only for my mother and from the ’80s. Now, I’m having my own ring redone in yellow gold, maybe to have my own daughter (probably wearing platinum) think the same thing.

Heart jewelry. Decade defining? Hardly—heart jewelry, much like hoop earrings, has been all over the place for decades and more. But the idea that heart jewelry is cool and not just something you give (or get) from your high school sweetheart is notable, and designers keep coming up with ways to keep hearts relevant to a new audience of shoppers. I set my heart on so many of these lovely jewels this year.

Green jewelry. The Color of the Year for 2019 may have been Living Coral, but I’m not talking about the hue. Green jewelry—sustainable, conflict-free, ethical, choose your buzzword—is not just popular, it’s important. Without a doubt this will be one of the most decade-defining categories, because only recently has this concept become a mainstream thing. I hope we can look back and say that this is the decade where it all began—and that it was a tiny movement compared to what the future holds.