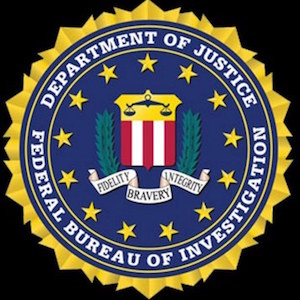 A man accused of robbing a Canadian jewelry store in 2014 has been indicted for providing material support to the terrorist group ISIS.

Last month, the U.S. Attorney’s office in San Diego charged Abdullahi Ahmed Abdullahi with conspiring with several Canadian and U.S. citizens to finance the travels of Douglas McCain, the first American known to have died fighting for the Islamic State of Iraq and al-Sham, otherwise known as ISIS.

John Kennedy, president of the Jewelers’ Security Alliance, says he believes the case is the first of its kind.

“There have been rumblings over the years of links of jewelry crime to terrorism, but this is the first time they have found a crime against a jewelry firm in North America linked to direct terrorist help,” he says. “This is the first one where it’s this explicit, where there is a direct tie to terrorist funding.”

He adds that “one of the reasons that the FBI and local law enforcement have been so interested in jewelry crime since 9/11 is the possibility of this happening. They have always known that this was a possibility.”

The indictment against Abdullahi, originally filed in 2017 but unsealed this month, charges that, on Jan. 9, 2014, he and two other individuals committed an armed robbery at jewelry store in Edmonton, Alberta. Afterward, he wired $30,000 to McCain to finance his travels.

He later sent an email to an alleged coconspirator who went by the code name “Farmer” explaining that “the delays in sending money to his coconspirators were due to the difficulties in pawning the jewelry he stole in the January 2014 armed robbery of the Edmonton jewelry store,” the indictment alleged.

He was arrested by the Royal Canadian Mounted Police in 2017 and extradited to the United States two years later for a warrant on terrorism-related offenses.

In September, the U.S. Department of the Treasury’s Office of Foreign Assets Control sanctioned Al-Hebo Jewelry Co. for allegedly providing support to ISIS.

(Image courtesy of the Federal Bureau of Investigation)