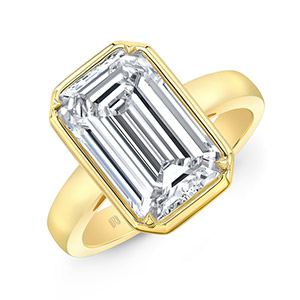 Jewelry can capture consumer dollars that would have otherwise been spent on travel and other experiences, De Beers found in its latest “Diamond Insight Flash Report,” part of a series of reports it’s doing on consumer attitudes in the COVID-19 era.

In a poll of 500 Americans aged 18 and above, only 15% believe they will spend on travel in the next six months. That could be a benefit for jewelers, since, the report said, “experiences”—particularly travel—have replaced material things as millennials’ top choice of discretionary spending in recent years.

It also found that 44% of consumers had more disposable cash due to the cancellation of travel, dining, or other experiences during the year.

In addition, more than two-thirds of Americans had canceled travel plans for 2020. Of that number, 55% found themselves with extra money as a result. About one in eight consumers hoped to buy diamonds to mark a special occasion.

In general, consumers were surprisingly upbeat. The research found that almost half (46%) of consumers had an optimistic outlook overall for the near future. More than 60% said the pandemic had not affected their personal finances—though this may change now that the extra benefits from the CARES Act have lapsed.

One troubling note: 42% of consumers say overall spending will not return to normal for over six months. That’s the highest percentage to lay out such a long time frame De Beers found in its 18 weeks of polling.

The company also found that 46% of respondents said their jewelry spending was back to normal, with a further 25% expecting it would normalize in the next six months.

It also found a lot of “boredom [and] anxiety about current events,” meaning people were spending more time on social media and watching news. Some 66% said they are watching more local news than before, providing an opportunity for jewelers who want to tailor their media buys.