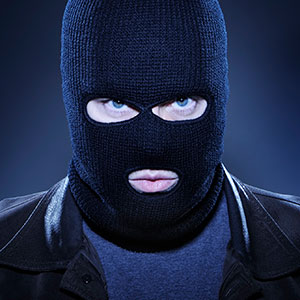 Crime against jewelers wasn’t as lucrative in 2018 as it has been in the past, according to annual statistics compiled by the Jewelers’ Security Alliance (JSA).

The industry crime prevention group found that dollar losses against U.S. jewelry firms in 2018 decreased by 25.9% to $53.4 million, from $72 million the year before.

JSA president John Kennedy credits the decrease in dollar losses to his group’s focus on more violent, big-money crimes. Lower-level robberies, such as grab-and-runs and smash-and-grabs, are still tracked but harder to prevent, he says.

JSA also found that there were fewer robberies that involved the public display of guns. Instead, criminals seem to be opting for sledgehammers and committing smash-and-grabs. The number of those robberies increased 81.6% in 2018.

Kennedy says there are fewer guns being brandished “because there are higher penalties for using a gun in a crime as opposed to a smash-and-grab.”

The JSA report found that only one jeweler was killed last year, which is tied with the year 2007 as a record low since 1980. (In 2017, five jewelers were killed.) Kennedy says that so far in 2019 there have been zero reports of jewelers killed, and he hopes this year can go in the books as the first with no fatalities.

“When I first came here, there were 30, 40 jewelers killed a year,” he says. “So that’s a significant improvement.”

“If you work in law enforcement in Alabama, you may not know that the same crime just happened in Mississippi,” he says. “We are able to supply a lot more information to law enforcement. Our partnership with law enforcement has been a big part of that reduction.”

The JSA’s report is not all rosy, Kennedy says, pointing to the spurt of burglaries in 2019 that were preceded by the cutting of a jeweler’s power source.

The full JSA report can be read here.