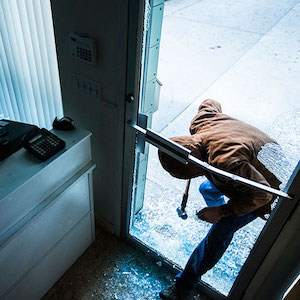 The Jewelers’ Security Alliance (JSA) has issued a “code red” to jewelers for the upcoming holiday, warning them that any kind of power interruption to their store might be a red flag for a burglary.

So far this year, the group has identified 50 cases of jewelers having their power cut right before their store was broken into.

“Jewelry stores are often targeted on weekends or nights before the day the store is closed,” says a JSA bulletin. “Holidays, such as the 4th of July, are also high-risk times.”

In a typical instance, the burglars, generally members of an organized gang, will cut off power to the store, disabling its alarm and power system, then wait until the backup battery is exhausted. Sometimes they don’t act right away, but gauge how long it takes for the police to arrive. On occasion, they’ll cut power to a number of area jewelry stores to monitor police response time and identify best targets.

After they are sure the coast is clear, they may cut through the store’s roof or break in through a neighboring business.

In one recent case, after Scottsdale, Ariz., police received word that a group of burglars was cutting power to local jewelry stores, they were able to identify three suspects at the scene of a burglary. They are still at large.

There was better news when a Yorba Linda, Calif., store got its power cut. The owner notified the police, who stationed two deputies inside. A four-member crew broke in, and two people were arrested.

If a jeweler receives word that their store’s power is cut, they should call the police and JSA, the group advises.

It also makes the following recommendations:

– Make sure that the alarm company call list includes the owner and any employees who are nearby. Someone needs to be able to respond at all times, including vacations, weekends, and holidays.

– Jewelers should not respond to power failures alone. They should have police to accompany them.

– Police should be alerted that there may be burglars near the store watching to see how they respond to the power outage.

– Jewelers should inspect their electrical box on a regular basis and report any possible signs of tampering to the police and JSA.

– Jewelers should have alarms cover all possible means of entry, including the roof and sidewalls.

– Jewelers should have line security in case the alarm system is disabled.

– Jewelers must check all possible routes of entry, including the alarm and roof doors.