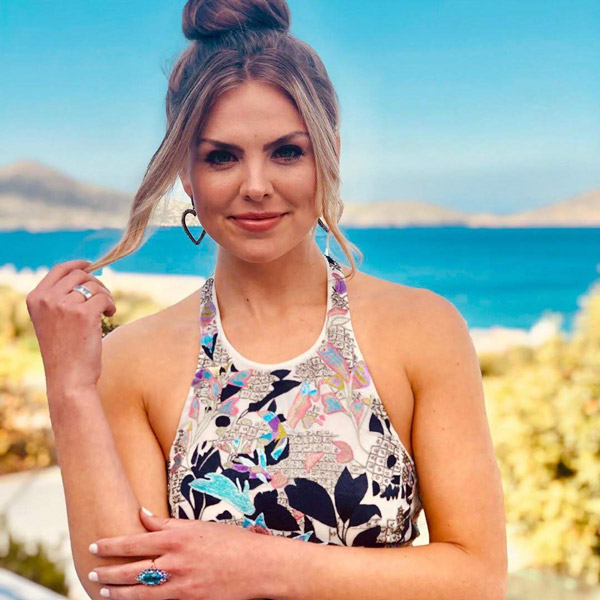 With four iterations of The Bachelor series under my belt (and about to become five, with this latest season of Bachelor in Paradise), I’m a wine-drinking, television-yelling, talking-about-it-all-morning enthusiast. And with last week’s season finale of The Bachelorette, I needed to acknowledge some killer accessories.

I can understand if you saw today’s headline and skipped over this post (though I really hope you didn’t, and if you did, well, you aren’t reading my plea, are you?). Reality TV really isn’t everyone’s bag—shoot, I didn’t think it was mine, and I still maintain that it isn’t—but if you can’t tune in for the drama and surprisingly interesting travel content, come for the jewelry. Because, at least on The Bachelorette, the jewels are really, really good (and that may have a little something to do with the fact that Jewelers of America worked with the show’s key stylist for the second year in a row).

In case you haven’t watched this past season, I’ll give you just a quick summary: It was problematic at best. Hannah Brown, in her search to find love, was met with lies, deception, and weird controlling behavior, and, as entertaining as the drama may have been for the viewer, there were some pretty disgusting displays of mistreatment of women, though Brown prevailed in a way that was ultimately admirable and inspiring. It definitely had people talking.

While my group chats about the show this season definitely involved a lot of back and forth on Brown’s choices and contestants’ actions, they also included remarks on her jewelry. A friend would say, “Can you believe she’s keeping him around for another day?” and I’d respond with, “Yeah, he’s awful, but did you see her earrings?”

Serving as a focal point for a jewelry lover, a distraction from the awful things we as viewers were powerless to stop, the jewels worn by Alabama Hannah were, in my opinion, the runaway stars of this tumultuous season. (Those, and contestant Tyler. He is fine.)

It was like a fun scavenger hunt, a highlight of Bachelorette night. I’d see if I could guess whose jewels the show’s main character was wearing, and it felt amazing when I guessed right.

When Brown was judging her contestants in an amateur talent show, she did it while wearing an amazing diamond feather ring by Anuja Tolia.

When she wore a controversial (among my friends) satiny pantsuit thing, she paired it with luscious turquoise drop earrings from The Woods.

This week on the @bacheloretteabc there’s lots of glam, sizzle, drama and passion happening in #Greece. And @alabamahannah shined bright with these @CharlieLapson giant #HoopEarrings encrusted with hundreds of sparkling gems. On her left hand is a #whitegold and #yellowgold #diamondring and on her right hand a geometric #diamond #ring all from my new 2019 collection. #charlielapsonjewelry . #thebachelorette #style @caryfetman #bachelorette #realitytv #fashion #jewelry #accessories #designer #CharlieLapson #jewels #television #bachelornation

When she laid down the law and finally sent the biggest clown home (or attempted to), she wore this amazing pair of sparkly ginormous hoop earrings (shown above) by Charlie Lapson.

@alabamahannah looking stunning in a black off the shoulder dress & beautiful earrings & rings by @charlielapson at the Variety for young Hollywood event tonight. I’d love to take credit but I didn’t do it. I still can recognize when my baby looks great. Stunning makeup by @ginamo11 @bacheloretteabc #bachelorette #bachelornation #variety

It was another pair of earrings from Charlie Lapson (above) that served as a gorgeous distraction as Brown broke the heart of one of America’s favorite contestants (don’t worry America, I have a feeling Big Mike will land on his feet). I was previously unfamiliar with Lapson, but I found his pieces to have anchored two of the most memorable looks of the season.

And when the aforementioned clown returned to wreak havoc on yet another rose ceremony, Brown sent him packing—again—in a pair of heart-shape drop earrings from The Woods Fine Jewelry (pictured at top). I liked these so much I actually have them sitting open on my desktop browser, just waiting for that purchase button to be clicked. It’s an unreasonable purchase for my current lifestyle, but I’m still seriously debating.

I was thrilled to recognize a number of pieces she wore throughout the season (thanks again, JA), many of them from JCK-exhibiting brand Dilamani. A pair of opal drop earrings popped from the screen on the ears of the beauty queen, as did a pair of blue topaz earrings worn to bestow the final rose on the show’s season finale. If you head to Dilamani’s website, you can actually see all of the jewelry she wore on the show—a pretty cool feature. Gabriel & Co., another brand showcasing at JCK, also made appearances throughout the season.

Even my husband, my reluctant (but enthusiastic) viewing partner, commented on several of Brown’s necklaces—the ones that caught his eye were all from the Birmingham, Ala.–based Shalla Wista Studio, so I know where to direct him for our 10th wedding anniversary this year. You can even shop Brown’s private collection on the jeweler’s website.

So the moral of the story is, good jewelry can come from anywhere—waste some time on reality television, learn of a few new jewelers (and, in my case, possibly buy some new jewelry), and celebrate the ones you already know. I eagerly await the next season of The Bachelorette, just to do it all over again. But for now, I’ll settle for the sexy drama of Bachelor in Paradise, where island style reigns and man jewelry is abundant.