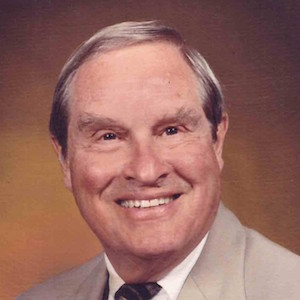 Born on Christmas Day in 1927, Bockstruck attended Dartmouth College, then served in the U.S. Navy during the Korean War. During his time in the service, he met his future wife, Jessie Mary Roberts, under a Banyan tree in Honolulu. They were married for 53 years, until her death in 2011.

In 1953, Bockstruck joined Bockstruck Jewelers, the business founded by his grandfather in 1883.

Under his tutelage, Bockstruck eventually expanded to three Twin Cities–area stores. In 1995, it was inducted into the Jewelers of America 100 Club, meant for members who have been in business for 100 years or more.

In 2006, the business closed its brick-and-mortar operations, though son Rob still runs RH Bockstruck, an online concierge, with his wife, Jane.

Arnold Bockstruck was active in the industry, serving on the board of the American Gem Society as well as its president and chairman of its board of trustees.

He received the group’s highest honor, the Robert M. Shipley Award, in 1990.

The Minneapolis StarTribune remembered him as “a gregarious soul who never met a person he didn’t like [and] a tireless promoter of his hometown of St. Paul.”

He is survived by his sister, Clarissa Cole; daughter Betsy and son Rob; daughter-in-law, Jane; six grandchildren; and three great-grandchildren.

In lieu of flowers, donations may be made to St. Paul Rotary Foundation, or the donor’s choice.