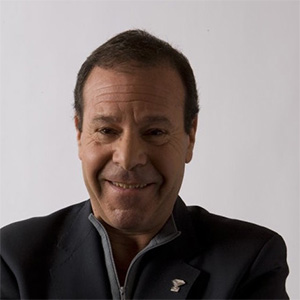 Jerry Ehrenwald (pictured), who has headed the North American division of the International Gemological Institute (IGI) since 1991, is leaving the lab to launch a trading platform for created diamonds.

He will be succeeded by Avi Levy (pictured, below).

Levy has three decades of diamond industry experience, encompassing everything from sourcing to product development to brand strategy to actually cutting stones—a skill he learned from his father.

After starting at Star Diamond, Levy took a job leading sales for diamond jewelry manufacturer MJJ Brilliant. In 2005, he joined Indian jewelry manufacturer Renaissance, where he helped establish the hugely successful Open Hearts by Jane Seymour collection at Signet Jewelers. In 2014, he returned to MJJ. Since April, he has been vice president of sales for Prime Art and Jewel (PAJ).

Ehrenwald tells JCK that he’s “not leaving the industry, I am leaving for a new adventure.”

He says he started Laboratory Grown Diamond Exchange  because “someone must be able to substantiate the true value of lab-grown diamonds.”

Ehrenwald got his start in the business at 11 years old, also working for his father, a diamond sawyer, during the summers. After college, he continued cutting, as both a marker and sawyer.

He joined IGI in October 1981 and became head of the North American division a decade later. In 1984, he and Carl B. Miller Jr. received a patent for using lasers to engrave permanent marks inside of a diamond. He says that he got the idea from his experience using lasers to break apart particularly knotty diamonds.

Last September, Chinese conglomerate Fosun International paid $108 million for 80% of IGI. As a result of that transaction, two former owners of the lab, Ehrenwald and former partner Marc Brauner, gave up their ownership stakes.

Roland Lorie—whose father, Marcel, cofounded IGI in 1975—is still IGI’s chief executive officer and retains a 20% share in the company.