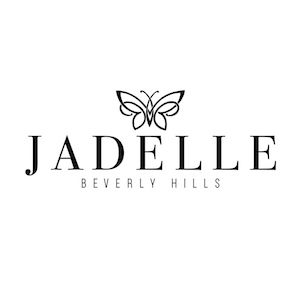 Jadelle Jewelry and Diamonds—the Beverly Hills, Calif.–based celebrity retailer that is reportedly the subject of a federal criminal investigation—has asked a California federal court to dismiss an attempt by three purported creditors to force the company into involuntary bankruptcy.

Jadelle has been linked to convicted felon Jona Rechnitz, and his wife, Rachel.

The company’s May 1 motion noted that two of the three creditors attempting to force it into bankruptcy— Victor Franco Noval and Peter Marco—already have civil suits against it.

“[The claims are] clearly in dispute,” the motion argued. “Petitioning creditors are using the bankruptcy process as a litigation and collection tactic to leverage the payment of amounts that Jadelle does not owe.”

It argued that “involuntary cases are to be measures ‘of last resort’ and pursued after parties exhaust their state law remedies.”

On Tuesday, the three petitioning creditors—Noval, Marco, and First International Diamond—responded by asking the court to appoint a Chapter 7 trustee, which it said is “clearly is in the best interests of known and unknown victims, of which there are many.

“An independent fiduciary…is the last and best opportunity to salvage any value for creditors,” said the filing.

It noted that Jona Rechnitz pleaded guilty to conspiracy to commit honest services wire fraud in New York federal court, about a year before the launch of Jadelle.

“Both Jona and Rachel advertised political and powerful celebrity connections to create a false sense of credibility about themselves and their business, posting photos on their social media of Kylie Jenner and Kim Kardashian, among others,” it said.

Jadelle now owes as much as $15 million to members of the Southern California diamond community, according to a declaration from Marco, a fellow Beverly Hills jeweler.

Rechnitz’s lawyers have denied any wrongdoing and have tried to stay the civil suits from Noval and Marco, noting that that there is an ongoing criminal investigation of Jadelle, spurred by a complaint Noval made to the Beverly Hills Police Department.

“On Feb. 7, counsel for Rechnitz defendants confirmed with a detective [who said] allegations related to Rechnitz defendants’ jewelry business had been referred to the Federal Bureau of Investigation,” said a filing his lawyers made in response to Noval’s suit.

It said that counsel was subsequently advised that “the U.S. Attorney’s office typically does not publicly confirm or deny the existence of any investigation, but that public disclosure of facts related to the criminal allegations concerning Rechnitz defendants’ jewelry business may adversely impact any investigation.”

It argued that suit should be temporarily halted, given Rechnitz’s Fifth Amendment right not to incriminate himself.

“There is an ongoing federal criminal investigation revolving around Rechnitz defendants’ jewelry business,” it said. “That same business lies at the heart of Peter Marco’s claims.”

Rechnitz’s lawyers did not return a request for further comment by publication time.