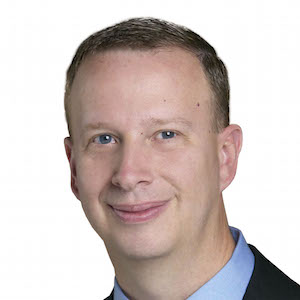 Penney chief executive officer Jill Soltau used to be president of Shopko, a now-defunct department store, before she moved on to fabric and craft retailer JoAnn and then J.C. Penney.

Mike Robbins, executive vice president of stores and supply chain, will leave the retailer on Aug. 3, the statement said. Robbins had been with Penney for three years and was one of four executives tapped to lead the “office of the CEO” following the resignation of Soltau’s predecessor, Marvin Ellison.

In his new role, DePaul will oversee Penney’s stores, operations, environment, and design.

“His track record of delivering a positive, end-to-end customer experience through seamless omni-channel integration makes him a perfect choice as we deliver on our commitment to providing an engaging and rewarding shopping experience for our customers,” said Soltau in a statement.

Before becoming chief operations officer at Shopko, DePaul served as its chief administrative officer and senior vice president of stores and operations. He joined the company in 1998 as a store manager.

At Shopko, DePaul “made key improvements to customer service scores, reduced operating expenses, and improved shrink and overall productivity,” according to a statement.

As Soltau is rebuilding the Penney team, the department store is clearly facing enormous challenges.

Credit-rating agency Fitch Ratings has added Penney to its “loans of concern” list, and SEC filings note that it’s carrying a $4 billion debt load. It recently rebutted reports that it is considering filing for bankruptcy.

At press time, its stock was trading for under $1 on the New York Stock Exchange, placing it in danger of being delisted.