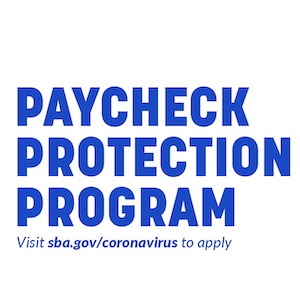 The government giveth, and now it might take it away.

The Internal Revenue Service has released guidance that said that any expenses paid by loans forgiven by the Paycheck Protection Program (PPP) will not be tax-deductible, as that would constitute a “double benefit” under its regulations, since the original PPP loan is already tax-exempt.

This means that businesses will not be able to write off any expenses paid with forgiven PPP loans, including for retaining employees. To have all or a portion of a loan forgiven under PPP, 75% of it must be spent on payroll. Otherwise, the business will be charged 1% interest.

A May 13 Congressional Research Service write-up on the guidance said it could “reduce the perceived economic benefit of PPP loans.”

A post from law firm Faegre Drinker Biddle & Reath goes further, saying this could “obliterate” any tax benefits the plan had for small businesses.

A bipartisan group of senators recently wrote to U.S. Treasury Secretary Steven Mnuchin, asking him to change the policy.

A Senate bill has also been introduced to override the IRS guidance on this question. It has received bipartisan support.

This week, the Small Business Administration did ease one possible concern of PPP participants.

On May 13, it issued guidance stipulating that any PPP borrowers who received loans of less than $2 million will be assumed to have had their certifications made in good faith, if the non-forgiven parts of the loans are repaid by May 14, 2021. This removes the burden on businesses that may have had to otherwise provide extensive documentation that their business suffered economic harm.

The PPP program received new funding in April, but not everyone has received their loans. In a survey released Wednesday, Paychex.com found that 39% of applicants are still waiting for approval, down from 59% two weeks ago. It also said that 29% have received PPP loan payment, up from 15% last week.

There has also been controversy over large, publicly traded, and politically connected companies receiving PPP loans, rather than the small businesses for which they were originally intended.