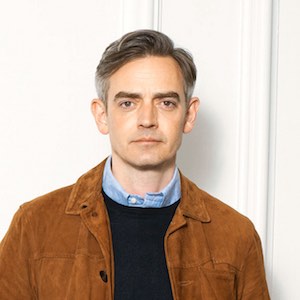 In his new role, Bateman will guide Hodinkee’s editorial, product, and service offerings.

From 2015 to 2019, Bateman was managing director of Mr. Porter, the male-oriented spinoff of Net-a-Porter (now Yoox Net-a-Porter). He was the second person to join that site; his initial title was buying director.

Before that, he worked at House of Fraser, Harvey Nichols, and Selfridges.

In a blog post, Clymer wrote that he’s not “retiring to some tropical island somewhere.”

“You’ll see me more present on the site, in videos, and out there engaging with…the community,” he wrote.

Clymer added that, while serving as CEO, he “briefly fell out of love with watches. That didn’t feel right. Watches should bring me, and you, joy!”

The site—which now also sells limited-edition watches as well as watch-related services, like insurance—recently raised $40 million in a Series B funding round.

The involvement of LVMH, a prominent watchmaker, has already caused a little blowback, Clymer indicated.

“[T]o insinuate we were purchased by LVMH or that they will influence our editorial decisions is simply inaccurate,” he wrote in his post. “LVMH Luxury Ventures is an independent investment vehicle, of which there are dozens, that is completely separate from the publicly traded LVMH. The investment arm looks at businesses they think are interesting and show potential. To use a term from that world, this is a pure equity investment, and a small one.”

Clymer also announced that Nick Marino will become the site’s senior vice president of content. He previously worked as global copy director for Levi Strauss & Co.; an editor for Apple; a senior editor for GQ and Men’s Health; and managing editor for Paste, a music and entertainment magazine.

Correction: Toby Bateman’s name was misspelled in an earlier version of this post.