A Brief Intro to Hive and Mastodon, Potential Alternatives to Twitter

The future of Twitter at present is unclear, and, whether out of protest or uncertainty, many social media users are looking for alternatives to the massively popular platform.

You wouldn’t have to abandon Twitter to try out a potential replacement—if the platform can endure its tumultuous transition, other apps might serve as additional opportunities for exposure, socialization, or information.

Two platforms in particular have been making headlines as candidates to replace Twitter: Hive and Mastodon.

Hive, a mobile-only social media app some have pegged as a Twitter alternative, actually has a lot of similarities to Instagram. In fact, it’s sort of like if Instagram, MySpace, and Tumblr had a baby. And people really seem to like that.

Success can come with its issues, as the very small team working on Hive recently found out. After skyrocketing to popularity two weeks ago with 1 million users, the app actually had to shut down its servers due to security issues. Unprepared for the major bump in activity, the 3-year-old app, reportedly run by only its founder and two others, displayed a number of vulnerabilities including the leaking of user data, private messages, posts, and images.

The app says the site will be down for a couple of days while it addresses its security issues. Is this a bump in the road on the way to taking over for Twitter? Unlikely, but Hive might be worth checking out once—if it can assure its users their data will be safe. 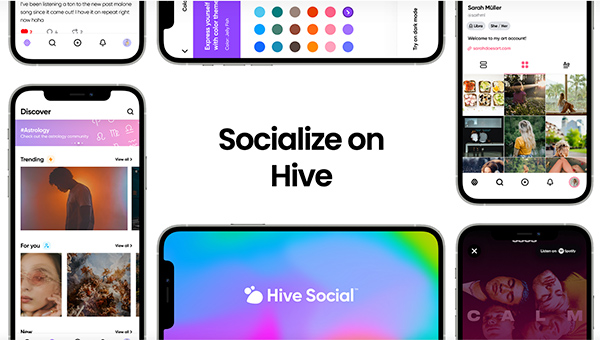 In the meantime, Mastodon is the other big name floating around as a potential go-to social media app. For starters, it’s still currently operating, so it has that going for it.

Billed as “decentralized social media,” Mastodon is made using open-source software that lets users set up their own servers to communicate with each other. “Social networking that’s not for sale,” is the tagline on the platform’s official website, which feels like a big you-know-what to Twitter, and that might be another thing Mastodon has going for it.

Founded in 2016 by Eugen Rochko, the microblogging platform looks a bit similar to Twitter but works in a way that’s more like a forum or discussion board. Anyone can set up a server and run a community if they wanted to, and when you join, you select sort of a “home” server to begin with (though you can communicate with users from any server once you’re on the platform).

Users with the energy and determination to figure out something new might find something they like on Mastodon. But because each server is run by a user or users as opposed to everything overseen by a single corporation (something the app proudly proclaims), it’s not necessarily a seamless experience, and for those used to Twitter’s ease of use, this can be a setback. It’s a little confusing.

That being said, there’s plenty of room to create your own world on Mastodon, and at publication time, it looks like it’s in desperate need of a jewelry server! While this doesn’t feel like a 1-to-1 replacement for Twitter, the platform also seems to offer some perks, if you find time to poke around.