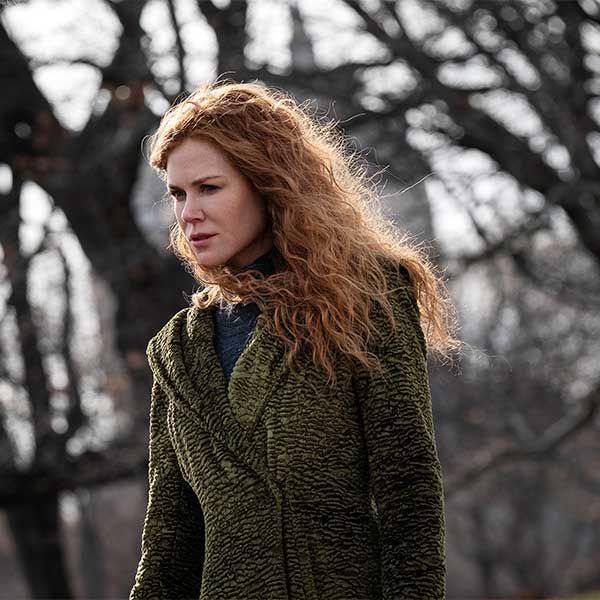 There are lots of reasons to make HBO’s The Undoing the next show you binge-watch, but I’ll start with the description of the six-episode limited series that got me intrigued (hat tip: my friend Samantha Jackson of Heavenly Vices).

Having watched the series finale over the weekend, I can say this is an accurate representation of the show in every way. The Undoing stars Hugh Grant and Nicole Kidman as ultraprivileged, good-looking, and well-dressed Manhattanites who inhabit a certain echelon of the Upper East Side, one that has members of its populace wearing Givenchy evening gowns to school fundraisers, playing Beethoven’s Moonlight Sonata from memory in cavernous penthouse drawing rooms, or sharing a heart-to-heart in one of the Frick Collection’s galleries (as one does between helpings of avocado toast).

I don’t think costume designer Signe Sejlund would disagree that it’s the fashion—rather than the jewelry—that does the heavy lifting when it comes to capturing the essence of Kidman’s character, Grace Fraser, and propelling her story arc. Our leading lady’s look, in a word: sumptuous. Her colors are rich and jewel-toned (olivine, bordeaux, violet); her textures, sensual and luxurious (plush velvet and buttery silk charmeuse). Coats are her thing—floor-sweeping, impeccably tailored, and vaguely fairy-tale.

I have no doubt that this inscrutable queen of the urban enchanted forest will have an entrancing effect on jewelry designers seeking the perfect embodiment of a bohemian luxe muse.

One designer has already gone down this autumn leaf–strewn path, and her name is Rebecca Elbek. While the jewelry she created for Grace Fraser plays second fiddle to the character’s fashion, it was far from an afterthought.

Sejlund and Elbek, who are both Danish, were introduced through one of the Copenhagen-based jeweler’s customers. “Signe and I had a long conversation where she informed and described to me as much as she was contractually allowed to about the series,” says Elbek, “but mainly she told me about the character of Grace Fraser and that she was looking for unique jewelry that had a fairy-tale dreaminess to it, with an expensive and high-end look and feel.”

Together, they decided that Grace would wear multiple rings on different fingers, and that the pieces should feel effortless, intrinsic to who she is. But when you watch the show, you see that the jewels quietly mirror important aspects of her personality and circumstances: the Nomad ring on her pinky finger (Grace is a wanderer and a seeker who takes long walks in Central Park); the Owl ring on her ring finger (owls symbolize knowledge and observation, and Grace is a clinical psychologist who “reads people”), and the scarab ring on her index finger (this classic talisman simultaneously speaks to Grace’s resilience, as well as to her fierce desire to protect herself and those she loves).

“She has many interesting facets about her character,” says Elbek. “She has such good taste, and is a woman who grew up surrounded by music and art, educated, academic, as we are made aware from the show. But along with this perfectionism comes this wild hair and complex emotions.

“When Signe told me about Grace’s character, I was in the process of making the Secret Woman earrings [that Grace wears in the show], and now that I have watched the entire series, the name of the earrings fits perfectly. ‘Secret woman’ is a good description, especially since Grace stands out from some of the other Upper East Side women with a more bohemian style.”

Elbek has been part of the Scandinavian jewelry scene for 20 years, working mainly with private clients. “I really enjoy the intimate sessions with people getting married, giving important presents, and creating pieces they will wear for the rest of their lives,” she says. “I make everlasting pieces that can be worn for generations.”

A big win for Elbek, especially since the jewelry is used so subtlely in the show, is that when filming of The Undoing wrapped, Kidman was sad to say goodbye to her “hand” (that is, the rings her character is always wearing). And she loved the scarab ring so much that her husband, Keith Urban, purchased it for her as a gift.

Says Elbek, “The fact that Nicole fell in love with my jewelry while filming is a dream come true. She wears every piece beautifully and with such elegance, on and off camera.”

Top: Nicole Kidman as Grace Fraser in HBO’s The Undoing. Throughout the series, Kidman wears jewelry by Danish designer Rebecca Elbek. “The contrast between classic and bohemian is very aligned with my own universe and design aesthetic,” she says. “The clothing [Grace] wears is a style I adore, therefore the match is perfect in my mind: The clothing and my jewelry complement each other seamlessly.” (Photo courtesy of HBO)