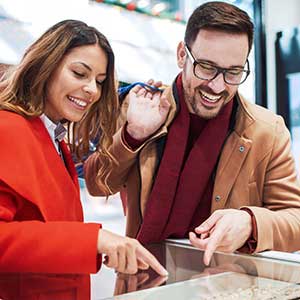 Holiday sales will likely rise between 3.6% and 5.2% this year, though the continuing spread of COVID-19 still poses risks to retail, the National Retail Federation said in its annual holiday forecast.

Still, if the forecast hits the high end of projections, this could be the best season since 2017, when holiday sales rose 5.3%, and 2014, when they jumped 5.1%. The year would also top holiday sales increases for the past five years, which have averaged 3.5%.

In a statement, NRF chief economist Jack Kleinhenz said that the current out-of-control spread of COVID-19 has led to severe doubts about consumers’ willingness to spend.

But he said things should be fine if consumers remain “confident and upbeat”—noting that many households have strong balance sheets, boosted by a strong stock market; increasing home values; and growing savings, aided by government stimulus checks. In addition, energy costs are low, and consumers aren’t spending on personal services, travel, and entertainment.

“Consumers have experienced a difficult year but will likely spend more than anyone would have expected just a few months ago,” he said. “After all they’ve been through, we think there’s going to be a psychological factor that they owe it to themselves and their families to have a better-than-normal holiday.”

In a survey conducted with wedding site the Knot, a majority of respondents (54%) said that, because of COVID-19 restrictions, respondents were thinking more about their engagement ring than the wedding itself (32%) or the honeymoon (15%).