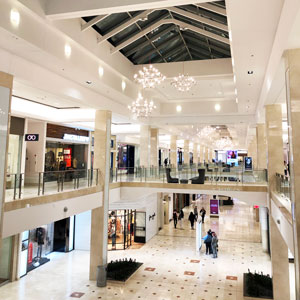 Retailers are at the start of a holiday shopping season that could prove to be one of the most challenging in more than a decade.

Yes, the economy is still soldiering on. Retail sales grew slightly in August—just 0.6%—a rate that represents a significant slowdown in consumer spending when compared with June and July.

And unemployment in September was up 1 percentage point from August, though it’s still at a high 7.9%, as millions of temporary furloughs across the nation have morphed into permanent layoffs.

The stimulus package that Congress passed under the CARES Act in March, which sent onetime payments of $1,200 to U.S. citizens, was a lifeline for many and certainly helped buoy retail: Sales rebounded beautifully in May after the record-breaking spending slump in April. And both Democrats and Republicans agree that another round of $1,200 stimulus checks are needed.

But after approving close to $3 trillion in economic relief this spring, Congress and the White House have failed to reach an agreement on a second aid package. And now major news outlets including the The New York Times and Washington Post are reporting that the package has effectively dwindled to a stand-alone bill for airline relief.

Where does that leave retailers, with their most critical sales season afoot? Out in the cold, say economists and retail industry experts.

The National Retail Federation (NRF), which typically advocates for legislation in line with the Republican agenda, has been critical of the Trump administration dragging its feet on a second stimulus package.

CEO Matthew Shay said in a statement, “The pandemic isn’t over and neither is the economic crisis it has created. There are many families still struggling to make ends meet and businesses facing obstacles to putting workers back on the payroll. We need a vaccine to ensure our personal health. And we need further stimulus to ensure we can fix an ailing economy, bring people back to work and spur growth in communities large and small.”

The NRF was among 200 trade associations, including the Events Industry Council and the National Council of State Legislators, that sent a letter to Congress on Sept. 30 under the name COVID Relief Now Coalition.

In it, the associations wrote, “Our employees, businesses, and constituents cannot wait for additional federal aid to come in December 2020 or March 2021. If Congress fails to act, millions of employees will be furloughed or terminated; millions of unemployed Americans will lose their unemployment insurance pandemic benefits; hundreds of thousands of companies will be at risk of closing their doors forever; and the vast majority of state and local governments will have to curtail critical services in order to balance budgets due to a decline in tax revenue. This is a pivotal moment…. Congress’s failure to act now will result in negative economic ramifications that will reverberate for decades.”

In August, Walmart chief financial officer Brett Biggs said the first stimulus had a positive impact on consumer spending, but that the bump faded quickly. “We’re watching what’s going on in Washington, and how we’re going to progress with a new stimulus package,” Biggs told CNBC in August. “I think certainly it would be helpful for consumers.”

Holiday shopping forecasts have predicted a slight increase in the growth of retail sales. Consulting firm Deloitte said that growth will largely be dependent on more affluent consumers, as millions of lower-income households brace themselves for making do with less.

Deloitte predicts holiday sales will rise between 1% and 1.5%, amounting to between $1.147 trillion and $1.152 trillion between November and January. For comparison, retail sales grew 4.1% in 2019, according to the U.S. Census Bureau.