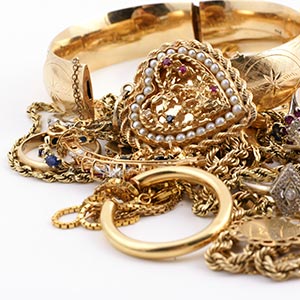 The price of gold has surpassed the $2,000 threshold, marking an all-time high price for the precious metal. At publication time, gold was trading at $2,044 an ounce. But that doesn’t seem to be from jewelry demand.

According to the World Gold Council, the COVID-19 pandemic caused U.S. gold jewelry demand to fall 34% during the second quarter of 2020, the lowest level in the 10 years the group has been measuring demand. The “Gold Demand Trends” report from the World Gold Council found that overall first-half demand in the United States fell 34% to 41.9 tons, an eight-year low.

In short, there seems to be more enthusiasm about gold the commodity than gold the product.

The organization blamed the fall, which followed several years of increases, on “store closures due to COVID-19,” which was all the more severe for the fact that lockdown encompassed Easter and Mother’s Day, both of which traditionally see a marked increase in footfall to jewelry stores.

It said that while gold jewelry demand “collapsed in April and May,” it recovered in June as stores opened up, thanks in part to consumers spending government stimulus checks. It also noted that a lot of the traditional jewelry buying moved online, a move seen in other
markets. Global jewelry demand also dropped to a record low for a second consecutive quarter, declining 53%.