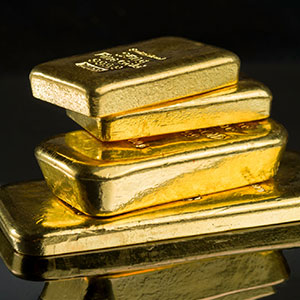 On Monday, the spot price of gold topped its all-time record high and seemed to be climbing toward $2,000 an ounce, a significant benchmark it has never hit before.

All in all, gold’s price has risen more than 25% since the beginning of the year. And while its growth this year has not been as straightforward as it was in the early 2010s, in the last month it’s seen a clear upward trajectory. It crossed the $1,900 benchmark just last week and the $1,800 threshold in early July.

When gold crossed the $1,900 barrier in 2011, some analysts were already pronouncing that the gold rush was looking like a bubble. By contrast, in this latest gold rush, most observers think the yellow metal could still have significant further upside given the general global and economic uncertainty.

Hussein Sayed, chief market strategist for ForexTime, wrote in a blog post that traders were reacting to the current weakness of the U.S. dollar.

“The dollar seems to have lost the title ‘king,’ at least for now, as it continues to be dragged lower despite all the negative news which used to attract inflows from global investors,” he wrote. “The Fed is likely to continue holding interest rates lower for a prolonged period of time. For this same reason, gold is today trading at a new record.”

He says that he is not sure that gold is in a bubble now, noting that “bullion is still under the 2011 peak when inflation is accounted for, and well below its peak in 1980 when the price reached $835 per ounce.”

But now, as long as the Federal Reserve keeps interest rates low, “and the higher inflation expectations go, the more likely we are to see gold benefiting,” he wrote.