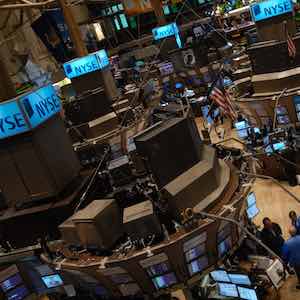 According to LVMH executives on a conference call this week, its main reason for buying Tiffany & Co. was the belief that being public was holding it back.

“When you have to do quarterly reporting, it doesn’t help [you take] a long-term view,” said Jean-Jacques Guiony, chief financial officer for LVMH, which, while public, doesn’t break out reports for individual brands. “We expect to bring Tiffany time and capital, which are things that are not that easy to get when you are reporting to the stock market.”

That’s similar to the logic that Bain Capital used when it took Blue Nile private in 2017.

“Blue Nile was trapped in a public box,” Bain managing director Ryan Cotton told Axios. “Now we get to make investments with a longer time horizon, get sourcing right, and experiment with some webrooms and other omnichannel efforts.”

While the rush to an IPO has become part of American business folklore, in the jewelry industry, we are seeing more companies opt to stay private or become part of a larger company, like Zale did with Signet. Several are part of big conglomerates that sell other items. Helzberg Diamonds, Ben Bridge Jeweler, and manufacturer Richline are part of Berkshire Hathaway, while Fred Meyer Jewelers is owned by Kroger.

Others just don’t make it. Two public jewelry companies—Scio, which manufactured lab-grown diamonds, and Bidz, a jewelry e-tailer—ended up delisted.

Today, if you want to buy stock in a U.S. jewelry company—aside from Tiffany, which won’t be traded for much longer—you are pretty much limited to four options: Signet Jewelers, Charles & Colvard, watchmaker Movado Group, and Dallas Gold & Silver Exchange. All have seen better days, market-wise. At press time, Signet’s and Movado’s shares were trading around the $20 mark, while Charles & Colvard’s and DGSE’s were below $2.

This shorter list of public jewelry companies mirrors a general decline in public listings: According to The Atlantic, in 1997, during the dot-com boom, there were 8,884 companies listed on U.S. exchanges. Today, there are less than half that.

“A two-decade chart showing the number of public companies looks like a slide at a children’s playground,” the publication notes, “slowly but surely going down.”

And yet, while the overall number of public companies has gone down, the overall value those companies represent has risen, since there have been more acquisitions. The Atlantic notes that Alphabet, Google’s parent company, has on occasion acquired companies at the rate of one per week. In the past, those companies might have gone public. Today, they’re just gobbled up.

“In a sense, publicly traded companies aren’t really disappearing,” the article concludes. “They are consolidating.”

Yet, while this decline in public listings mirrors larger trends, being a stand-alone public company may be particularly ill-suited for a jewelry business, given this industry has always been somewhat unique.

Michael O’Hara, founder and managing member of Consensus Advisors, argues that one issue is that jewelers sell a small, expensive product.

“In order to create an experience worthy of shoppers, jewelers need a lot of inventory to stock cases,” he says. “Retail jewelers are almost always over-inventoried, which means they have a lot of debt. Having a lot of debt when the economy stumbles is what wipes out equity.

“As a result of lenders liquidating a bunch of jewelers in the last 20 years, equity has stayed away. To attract equity, you really need to be asset-light, which may mean an online, catalog, or showroom model—or you need superstrong margins. Few jewelers with those profiles have reached scale enough to go public.”

Second, people don’t shop for jewelry that often. This means slower turn, which when coupled with the inherent high cost of inventory—and its sometimes-fluctuating price—can leave investors unsettled.

And finally, board members often come from other industries and sometimes don’t grasp what makes the industry different.

In addition, jewelry companies tend to think in the long-term.

“The way that public markets function, management can be incentivized to make decisions that benefit the company near-term at the expense of the longer term,” says industry analyst Paul Zimnisky. “With jewelry companies, [there’s a risk of] diluting the brand by taking measures to drive sales near-term. For instance, a high-jewelry company might start a fashion line just to drive near-term revenue at the expense of diminishing customers’ perception of the company.”

All this said, outside the United States, one can still find plenty of public jewelry companies, including Birks, Michael Hill, Chow Tai Fook, Pandora, Swatch Group, and Watches of Switzerland—which had its IPO in May—and a long list of Indian companies. Last year Blue Nile talked about going public again, but so far it hasn’t.

The company vet sees many opportunities for jewelry companies to prosper on the public markets. But that requires a strong chief executive who can manage board and investor expectations.

That, this person adds, “is easier said than done.”