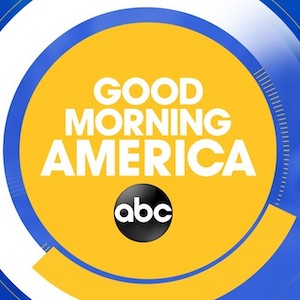 It was a story that the industry had long feared, but perhaps knew would eventually come.

The unwelcome wake-up call aired on Thursday’s episode of Good Morning America. The ABC news show ran a segment featuring a consumer who bought a diamond that she thought was natural, but turned out to be lab-grown.

According to the show, Molly Carlson bought her diamond engagement ring at an unnamed “jewelry store at a local mall.”

“Turns out, Molly’s dream diamond was actually a diamond created in a lab,” said the reporter.

“[The salesperson mentioned] the style, the, color, and the clarity,” said Molly’s fiancé, Scott Long. “But never once, this is lab.”

The show pointed out that that the Federal Trade Commission’s Jewelry Guides say that retailers must clearly and conspicuously tell customers if their diamond is man-made.

It noted that, last year, the agency sent out warning letters to eight online sellers of lab-grown diamonds and diamond simulants.

It noted that e-tailer Diamond Nexus received one of the warning letters, for using language like “Nexus diamond alternative” for its diamond simulants.

“Diamond alternative is especially ambiguous because it could refer to anything,” said Kim.

Diamond Nexus told GMA that it considers its language “clear” and said that most customers understand it. It also noted it had a web page explaining how its diamonds were produced. It further called the FTC guides “outdated” and said it stands by its language.

Gemologist Antoinette Matlins closed the segment by warning that consumers should inquire whether a diamond is lab-grown and they should get that information  in writing.

But Carlson said, “It never crossed my mind that is something I should ask.”

After the segment, the reporter said, “There are a lot of reasons why people may prefer lab-created diamonds or diamond alternatives, but Scott and Molly wanted a natural diamond, and that’s what they thought they were buying. And this was the first time she was going to have a real diamond, in the whole family, so this was a big deal. So they were pretty disappointed.”

At the segment’s end, she showed GMA cohost Michael Strahan two stones—one natural, one simulated—and asked if he could tell the difference.

He picked the simulant.

The reporter said that customers should look for imperfections. “Natural diamonds have blemishes and inclusions in them,” she said.

We should note that lab-grown diamonds usually also have imperfections. Non-diamond simulants generally do not.