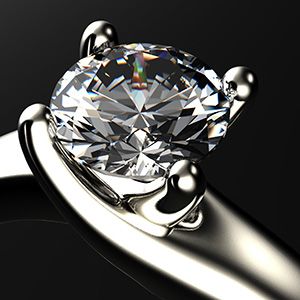 A new survey finds that consumers have doubts about the “realness” of lab-grown diamonds, while another poll found that younger shoppers are increasingly open to the concept.

The first, a Harris Poll sponsored by the Diamond Producers Association (DPA), the diamond mining group, says that many consumers associate lab-grown diamonds with terms such as “artificial” and “not real.”

The second survey, by MVI Marketing, a consumer research company that has lab-grown diamond clients, found that millennial consumers are intrigued by the product.

The DPA/Harris Poll said that 68 percent of respondents believe that diamonds created in a factory are not “real” diamonds. Sixteen percent considered a lab-grown diamond “real.”

(It should be noted that whether lab-grown diamonds are real is a subject of debate.)

The DPA’s survey did show that, among millennials, consideration of synthetic diamonds has remained stable over the last year, at 70 percent. But it adds that a “diminishing number” are interested in them for milestones like engagements because of concerns about value. It didn’t get specific about that diminishing number.

DPA CEO Jean-Marc Lieberherr said in a statement, “These results show consumers care about the inherent value, authenticity, and symbolism that a diamond carries.”

The MVI research, meanwhile, takes a different tack than the DPA study. (While MVI has lab-grown diamond clients, CEO Martin Hurwitz say this survey was not done for one.)

The MVI panel found that 70 percent of millennial respondents said they would consider a lab-grown diamond for an engagement ring—which represents a 13 percent jump from research MVI conducted in 2017.

It also found that, after hearing a description of lab-grown diamonds, about half of respondents wanted to know more about them, and more than 30 percent said they would like to see them with their own eyes.

However, it also found there was relatively low awareness of the product, with only 52 percent of respondents saying they had heard of them before the MVI survey, versus 43 percent who had not. When asked about brands that carry lab-grown stones, only e-tailer Brilliant Earth scored more than 10 percent awareness.

“The environmental pitch is a good story, but we are finding money is the biggest factor,” says Hurwitz.