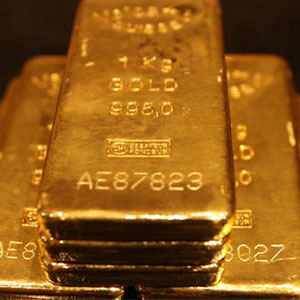 While most of the reaction  to the new Federal Trade Commission (FTC) Jewelry Guides has been focused on its recommendations for lab-grown diamonds, some think its ruling on gold and silver thresholds might prove equally significant.

Previously, manufacturers could not describe a product as gold, silver, or platinum unless its quality met certain thresholds—10 kts. for gold, 925 PPT (parts-per-thousand) for silver, and 500 PPT for platinum.

The new Guides retain the threshold for platinum, but eliminate the floors for calling a product gold and silver. However, marketers must still include a clear and accurate disclosure of the products’ karatage or PPT immediately preceding those terms. (It also retained past guidance that said only a product that’s 925 PPT and above can be called sterling silver.)

This new guidance is even looser than the revision the FTC originally proposed in 2016, which allowed marketers to call a below-threshold product gold if they had “competent and reliable scientific evidence” it behaved the same as regular gold.

That revision was opposed by the Jewelers Vigilance Committee (JVC), which argued that it was not possible to develop that kind of evidence. JTV (Jewelry Television) favored the revision, saying it allowed manufacturers to respond to changing technology.

In the FTC’s Statement of Basis and Purpose, issued concurrently with the Guides revision, the agency argued that the existing thresholds were basically arbitrary, since metals that exceed those benchmarks perform differently from each other.

“Consequently, maintaining a 10k [gold] threshold does not guarantee that only products marked and described as gold are ones that meet a particular level of performance [for] consumer expectations,” it said. It also noted that even “fine silver” eventually tarnishes.

It also pointed to a 2012 Harris Poll—commissioned, ironically, by the JVC—that found that consumers understand that gold karatage affects a product’s color, likelihood of tarnishing and corroding, overall durability, and resale value.

“This suggests most consumers will understand that a product containing less gold than traditional gold jewelry may perform differently from higher-karat gold,” according to the agency

However, JVC president and CEO Tiffany Stevens takes issue with this interpretation of that data.

“We didn’t necessarily find that consumers understand the difference between 6k and 18k gold,” she says. “6k gold didn’t exist at the time. We didn’t test for that.”

Others in the industry also expressed reservations about the ruling.

“The lower karatages are a significant concern,” says Mark Hanna, chief marketing officer for Richline Group. “The idea of calling something gold when it has low amounts of gold could create severe confusion. 1k gold won’t be the kind of product that lives up to consumer expectations.”

He prefers raising the threshold to 12 kts.

“My view is that we should have at least 50 percent of something to call it that,” he says.

He notes that the FTC has retained its traditional karatage thresholds for processes like gold plating, which “makes it even more confusing.”

Cecilia Gardner, the JVC’s former president and CEO, calls the decision “a game changer that will have a significant impact.

“This may be an open invitation for makers to represent the precious metal content of the jewelry they make in ways that the consumer will not understand very well. A consumer often does not appreciate fully the difference between 8k gold and 18k gold, and when they buy the 8k gold item, and it turns green on them, they will be pretty unhappy.”

JTV did not respond to a request for comment by press time. However, its site still sells only products composed of 10k gold and higher. In its submission to the FTC, JTV wrote: “Frankly, JTV has experimented with but has been unable to develop to date a below-threshold gold product with materially similar properties to above-threshold products.”

JVC senior counsel Sara Yood says that if the industry wants to override this decision, it would need to have Congress amend the National Gold and Silver Stamping Act to include a 10k gold minimum. (Currently, there’s no minimum for gold.) Like the Guides, the act requires a 0.925 fineness for an object to be stamped sterling silver.