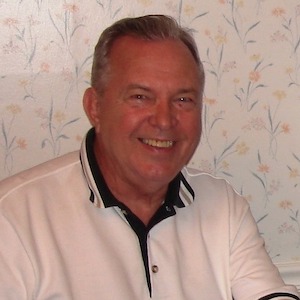 William W. Thompson (pictured), former president and chief executive officer for the A.A. Friedman jewelry chain, died on May 1. He was 88.

Thompson began working in the jewelry industry sweeping store floors at age 12—so that when he retired from A.A. Friedman’s in 1995 at age 63, JCK could report that he’d been in the industry for five decades. In between, he enlisted in the United States Air Force, attaining the rank of staff sargent.

In 1971 he was promoted from vice president of operations to president and CEO. By the time he left A.A. Friedman in 1995, it had become a powerhouse, numbering 115 stores.

“He transformed A.A. Friedman Co. into an engine of opportunity,” said Randy McCullough, who worked with Thompson at A.A. Friedman and later headed Samuels Jewelers and Charles & Colvard.

McCullough remembered his longtime friend as an “approachable person of great integrity and big heart.

“He knew who he was, and he didn’t require consultants or gurus to change him,” he said in a eulogy. “His credibility extended to the industry vendor community. His quest was to be fair-minded and responsible with negotiations, allowing a reasonable profit with a focus on having them remain viable for future support. At the same time, he always made sure all purchases provided quality product, competitive pricing, and appropriate margin for stores.”

On the personal side, McCullough called Thompson “a genuinely caring individual.

“He was a good boss to the people in his charge, a loving husband to his wife, and a devoted father to his children. He was also a good friend to many of us and a great colleague. The character of the life he lived might be summed up in a few words: He was sincere, he was earnest, he was loyal. Nothing was more typical of Bill Thompson than that large-hearted fairness.”

Thompson was also a lifetime member of Mabel Lodge No. 255 (Free & Accepted Masons) who loved to play gin.

Thompson is survived by a son, Alan; two grandchildren; and two great-grandchildren. He was predeceased by Mildred, his wife of 61 years, and a son, William J. Thompson.

Due to the current COVID-19 restrictions, a graveside service will be live-streamed on the Platt’s Funeral Home Facebook page on Tuesday at 2 p.m.

In lieu of flowers, the family asks that donations be made to the Masonic Home of Georgia, 1417 Nottingham Dr., Macon, Ga. 31211.

An online guestbook can be seen here.