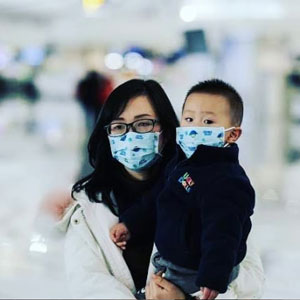 The spread of the coronavirus in China and beyond has prompted shifts in the global trade show calendar and is negatively impacting retail sales in China. Retailers in China have been forced to close stores temporarily, and malls and public spaces have become ghost towns. JCK news director Rob Bates’ wrote about both Tuesday.

But the virus’ impact on the jewelry industry may be just beginning.

On Tuesday, the Hong Kong jewelry and gems shows moved its dates from March 2–8 to May 18–21, citing the safety and health of those involved. And the Swatch Group canceled its Time to Move event in Zurich, originally scheduled for late February, due to the spread of the virus.

The Bangkok Gems & Jewelry Fair, scheduled for Feb. 25–29, hasn’t  canceled or moved its dates, and the organizer’s website has an illustrated guide on how to prevent the potential spread of the virus (see below). An email to the event’s organizer asking about the dates of the show has not yet been returned.

The pandemic and resulting business closures in China are also leading to breakdowns in supply chains.

Indian news outlet The Hindu reports Wednesday that the outbreak is adversely affecting Surat’s diamond industry, “which was expecting a spike in volumes following the China-U.S. trade treaty.”

The city imports rough gems and exports polished diamonds to and from Hong Kong and China. Exports were expected to rise sharply in the first quarter, but with Hong Kong on forced holiday through March 3 and flights grounded, the Surat diamond industry is suffering.

As much as 37%–38% of the diamonds exported to Hong Kong from India are from Surat, according to the article. Additionally, a “majority” of exports of polished and cut diamonds to China moves through Hong Kong and now.

On the ground in China, the retail industry is crippled, which—long after the pandemic is contained—will have a ripple effect on the economic health of the nation and global travel and tourism.

According to WWD, the Hong Kong Retail Management Association estimates that in the 10 days between Jan. 24 and Feb. 2, “its member retailers saw between a 30 and 50 percent drop in sales compared to the same time a year prior.” Spending in jewelry and valuable gifts, cosmetics and personal care, department stores, apparel, and footwear “tallied up a sales decrease of more than 60 percent in the 10 day period,” Annie Yau Tse, chairwoman of the HKRMA, told the news outlet.

The World Health Organization reported yesterday that in China alone, there are now more than 24,300 cases of the coronavirus. Since the outbreak began, 490 people have died from the virus—the majority over the age of 60.

Top: Mother and son in masks in the Philippines (photo: Pexels)