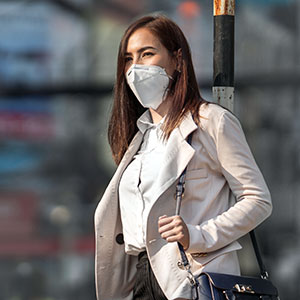 “The HKTDC has always taken the safety of exhibitors and buyers as a top priority,” it said, adding the move was “in line with a series of new coronavirus prevention measures being implemented by the Hong Kong special administrative region government” and was made “after consultation with representatives of the jewelry industry.”

It plans to “announce the specific arrangements to exhibitors and buyers in due course,” it added.

Swatch Group has also canceled its Time to Move event in Zurich, which was due to take place from Feb. 28 to March 2 for retailers and March 4–6 for the press.

“[I]n order to guarantee the welfare of our guests, partners, and colleagues, the Swatch Group Prestige Brands have decided not to hold the Time to Move event,” said a company statement. “The Swatch Group Prestige brands will introduce their new products to the markets at a later stage during regional events, in order to prevent their partners from traveling internationally in an insecure climate.”

Swatch decided to hold its own event following its withdrawal from the Baselworld fair.

Pandora, meanwhile, has closed 70 of its 240 stores in China, on orders from the government, chief executive officer Alexander Lacik told Reuters, who said that the ones that are still open are basically empty.

“As I sit here and watch the Chinese business, it is in a standstill mode, I mean there’s pennies being sold,” he said. He described consumer traffic as “next to none.”

China and Hong Kong represent about 10% of Pandora’s sales.