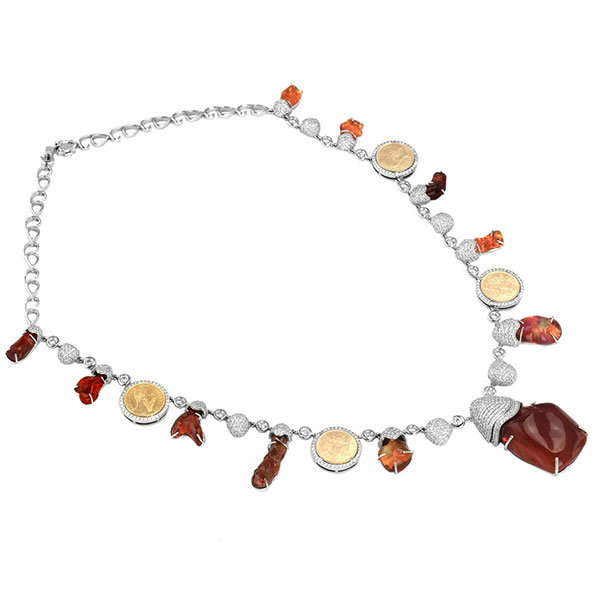 Living in Washington, D.C., has advantages that I often take for granted—as so many living in large cities around the world probably do. The nation’s capital is wonderfully wealthy in free things to do, so really, no day should be spent saying “I’m bored.”

In the winter, though, when it just feels too cold to venture outdoors, that becomes something of a catch phrase in our household. A few weeks ago, on New Year’s Eve, we finally decided that enough was enough: We were going to be tourists for the day. So off we ventured (in an Uber, darn this freezing cold), to the Smithsonian American History Museum.

So, why am I telling you this? Because I found the most wonderful thing there. There’s an exhibit all about currency called “Stories on Money,” with which my husband was totally enthralled.

Me? I was like, meh, no thanks. But I went in with him anyway, and I’m glad I did! Because right there near the entrance, among the rare coins that others seem to find interesting, was this amazing necklace (I regret not taking a photo of it, and will have to go back to update this when I do).

It was a coin necklace, but it wasn’t just something thrown together like, “we have these coins, let’s string ’em up.” It was loaded with diamonds. I let the hubs wander through the exhibit to read up on the history of money, while I just ogled the best piece in the room. It reminded me of something I had seen before.

This necklace from Eduardo Sanchez was that something. The Mexican designer, trained in Italy, specializes in working with coins (I’ve fallen for his pieces before), but this one is a whole new ballgame. It even shows up that museum piece with its addition of fire opals—over 54 carats of them.

Hailing from Sanchez’s Querencia collection, one that pays homage to the designer’s home country, the piece features four 24k pure gold Maximilianos coins, each one encircled in diamonds, and a charm-like placement of 10 Mexican fire opal pieces (that’s not including the big one, arguably the design’s centerpiece). In total, over 6.5 carats of diamonds make the necklace glitter. With a price of $135,000, the necklace might as well sit alongside those on display in a museum—or, at least, show up on a red carpet somewhere.