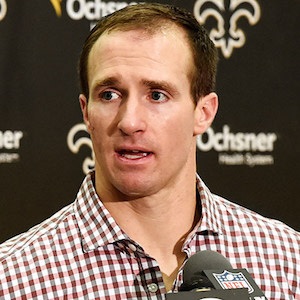 New Orleans Saints quarterback Drew Brees (pictured) has won a $6.1 million judgment against a San Diego jeweler in a much-publicized lawsuit that could have repercussions on how top-grade colored diamonds can be marketed as “investments.”

In a complaint filed in April 2018 in San Diego Superior Court, Brees and wife Brittany charged they were misled by store owner Vahid Moradi when he sold them, over 10 years, $15 million in colored diamonds that were billed as a good investment.

According to the complaint, in early 2017, Brees’ financial adviser recommended that he get the diamonds appraised. The appraiser told him that the diamonds had been overvalued by as much as $9 million, with markups ranging from 37% to more than 500%, the suit alleges.

The complaint lists as an example a Harry Winston ring that Brees paid $1.6 million for in June 2015. The filing asserts that Moradi paid $565,000 at Sotheby’s for the ring “one month before he recommended it to [Brees] as a solid investment at almost three times the price.”

In court, the jeweler disputed that his markups were excessive and said that he operated within industry norms.

“You can’t sue somebody for charging too much,” said the jeweler’s lawyer Peter Ross in footage broadcast on Fox 5 San Diego. “There’s no legal claim [that] Drew Brees should not have to pay the same markup that all of us have to pay.”

Brees testified that he considered Moradi a close friend, noting they had invested in businesses together, and therefore wasn’t expecting any kind of markup.

Moradi’s lawyer also took issue with the assessment of Brees’ appraiser, Aldo Dinelli, contending that Dinelli deliberately down-rated the diamonds’ value so he could win Brees as a client.

Asked for comment, Houston-based Dinelli tells JCK, “I am pleased to say that I assisted Mr. Brees and his attorneys with this entire process” and was pleased with the outcome.

A second issue in the case was Moradi’s representation that the diamonds Brees was buying were good investments.

Moradi told Brees that he “did not have a crystal ball, but if the market keeps going at this pace, you will make a lot of money,” according to the complaint.

The complaint charges that by advising Brees on what to buy, Moradi was acting as an investment adviser and therefore had a fiduciary relationship with him.

Brees’ filing does not deny that certain colored diamonds might be looked at as good investments—at one point it notes that “[t]he value of investment grade diamonds, particularly with respect to colored diamonds, has steadily increased for the past 20 years.” It just contends that Moradi overvalued what he sold Brees.

For instance, it alleges that Brees could get only $3.75 million for a diamond he paid $8.18 million for.

Moradi testified in court that “the investment is always related to the long-term legacy pieces to be held in the family,” according to The San Diego Union-Tribune. “The investment is in that context only.”

He added that he believed that Brees was purchasing the diamonds as gifts for his family, in addition to seeing them as investments.

In court, Brittany Brees reportedly testified that the pieces were mostly locked away in a safe-deposit box though she’d worn a few once or twice.

Brees’ attorney, Andrew Kim, tells JCK that his client “prevailed on all four causes of action”—breach of contract, breach of fiduciary duty, and two counts of fraud.

Three counts in the original complaint—referring to a Panerai watch transaction that Brees ultimately canceled—were dropped when Moradi refunded the money on the eve of the trial, Kim said.

Moradi’s attorney Kevin Rooney says: “We are, of course, disappointed by Friday’s verdict, with which we passionately disagree. We will absolutely appeal and have every confidence that we will ultimately prevail.”