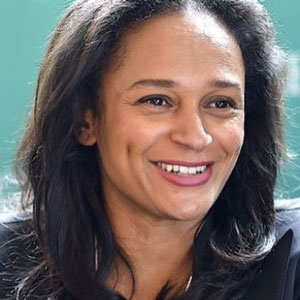 We wrote about the history of Isabel dos Santos and her husband Sindika Dokolo as stakeholders in Swiss fine jeweler de Grisogono yesterday. Dos Santos, daughter of former Angolan president José Eduardo dos Santos, is the richest woman in Africa.

She and her husband have been exposed for allegedly having used Angolan government funds to finance their many businesses, using a complex series of shell companies. The Angolan state froze dos Santos’ funds in December after she allegedly transferred $38 million in payments from her former employer, state-run utility company Sonangol, to a shell company she controlled after being fired.

It’s a tangled story of alleged financial crime and corruption. And it had us wondering just how Dokolo came to own a stake in the jewelry brand, which is renown for its decadent, celebrity-fueled Cannes Film Festival parties and artful, big-gem designs.

U.K. news outlet The Guardian reported on the acquisition earlier this week after its editorial team viewed documents that suggest that the Angolan state–backed diamond company Sodiam was “instrumental in buying and financing” de Grisogono.

According to those documents, at the time Dokolo bought into the jewelry brand, Sodiam transferred €45 million (around $50 million) in loans to Victoria Holding Ltd., a business that was—on paper—a joint venture between Melbourne Investments (controlled by Dokolo) and Sodiam. But was actually controlled by Dokolo.

The diamond company’s massive investment appears to have come with zero strings or claims on management of the company. Dokolo personally invested nothing before the purchase, the documents reveal, though he would later claim he invested $112 million into de Grisogono. He effectively ran the brand, “involving dos Santos in key decisions such as the establishment and design of new premises in London,” according to The Guardian, before bringing in new management from U.S.-based Boston Consulting Group.

Ultimately, through these Dokolo-owned shell companies, the Angolan state “appears to have provided most, if not all, of the funds that made the purchase of de Grisogono possible,” according to the report.