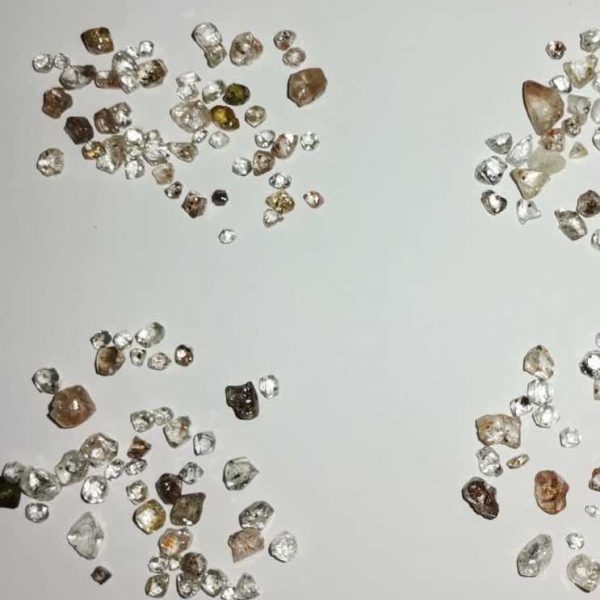 Ever since the blood diamond issue burst into public consciousness more than two decades ago, the industry has searched for a scientific method to determine the origin of diamonds.

That need is felt most acutely in the Central African Republic (CAR)—currently the world’s only source of conflict diamonds, according to the Kimberley Process (KP) certification scheme. CAR diamonds have been under KP embargo since 2013.

The conflict in CAR is limited to certain regions; other parts of the country are peaceful. Since 2016, the KP has green-lit diamond exports from certain specified non–conflict zones. But while those shipments are subject to heightened scrutiny, concerns remain that diamonds from the rebel-controlled mines might slip in through official channels. What’s needed is a way to tell them apart.

Recently, a trio of scientists from Mintek, the research arm of South Africa’s Department of Mineral Resources and Energy, tested a variety of techniques on three CAR diamond parcels, to see if they could determine what region the parcels came from. They had some success, but only under certain conditions.

The team experimented with three methods—including observing the diamonds’ characteristics under a microscope—but concluded the most robust used laser ablation inductively coupled plasma mass spectrometry, which goes by the slightly simpler abbreviation LA-ICP-MS.

The technique uses a laser to ablate (i.e., remove) part of the diamond, then scans it for over 25 different trace elements, from zircon to nitrogen.

“As we know, diamonds are formed in the Earth’s mantle, and are mostly made of carbon,” says Dr. Deshenthree Chetty, the head of research for Mintek’s mineralogy division. “But there are also these trace elements from the mantle. Since a diamond is transported to the surface very quickly, those elements don’t change so much. So we look at what the conditions are, what is the elemental signature.”

By recording that elemental signature, or “diamond fingerprint,” and matching it up with the fingerprint of diamonds known to be from the same region, the researchers were able to suss out the origin of the three diamond parcels. That sounds great in theory, though in practice, there are issues.

For one, the technique won’t work on individual diamonds, only on diamond parcels—preferably those with 50 gems or more. The diamonds in those parcels would need to originate from the same place; if their origin was mixed, the technique might not work.

For another, it requires lasering a hole in the diamond—a small hole, but a hole nonetheless. This is not necessarily a huge deal, as rough is generally cut anyway, but it is a destructive process, and some might not want that. (The other, less effective methods were not as destructive.)

The method also won’t work on polished diamonds, just on rough. So it won’t help a jeweler at the sales counter—at least not without it being paired with other tracking methods. But it could be used at a country’s border to determine what can be legally exported and what cannot.

“We can’t say you need [a 50-diamond database], or 100 diamonds,” says Mintek senior scientist Susan Brill. “But you would need a lot.”

Mintek mineralogy division manager Nosiphiwo Mzamo believes it is possible to compile such a database—which would ideally include diamonds from every mine in the world. Producers have agreed to help, yet obtaining so many samples, from so many sources, will require lots of time and money, and the team’s research has already been hampered by the COVID-19 pandemic. There’s also the challenge of obtaining samples from dangerous war zones.

The team’s full report can be read here. It shows they have made progress on a long-sought-after trade goal. For now, though, it’s not clear when—or if—this method will ever be ready for regular use.

Top: Some of the diamonds from the Central African Republic studied by the Mintek team (photo: Susan Brill; all photos courtesy of Mintek)