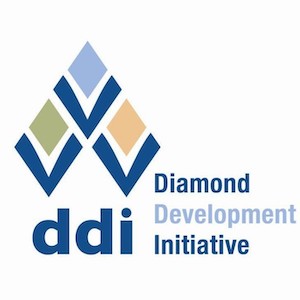 Ian Rowe, current executive director of the DDI, will continue to head the new division, which will still be based in Ottawa and be called DDI@Resolve.

DDI chairman Ian Smillie says the group decided to become part of Resolve in response to the growing number of organizations working on artisanal mining issues.

“There’s all kinds of [initiatives] out there. There are governmental things, inter-governmental things, NGOs fiddling around in these areas. There’s a lot of activity, and yet things aren’t becoming any clearer. At the same time, I think consumers are more concerned and clearer in their demand for ethical products. We have been talking for a while about how we might draw some of these different initiatives together. There’s just so much going on that we figured that we can probably get more done as part of a bigger family than operating on our own.”

Stephen D’Esposito, president and chief executive officer of Resolve, says his group specializes in the kind of “practical” industry-government-NGO partnership that backs the DDI.

“We think strategically,” he says. “We create policy and market solutions for a range of issues. We will only advance a program if we can bring parties from industry, civil society, and government together. That’s our stock and trade. It’s a very practical approach. My view is that you can get a lot of work done that way.”

Resolve also has a strong program with sustainable resources.

“This allows us to put the DDI program into Resolve and merge it with our program on minerals like gold,” he says. “So you have an efficiency around the operational side that lets you put more resources into the diamond program.”

Smillie says that the DDI has often been asked “to look at other minerals, like tanzanite or cobalt or other things. There’s a lot of opportunities there.”

In addition, to consolidating overhead, the move could attract greater support for DDI programs, he says.

“Our support to a large extent has come from [the diamond] industry,” Smillie says. “We really need to broaden that. One thing that’s eluded DDI has been funding from the bilateral and multilateral donor community—especially the donors, like the British and the U.S. governments and others, that normally fund multiyear development programs. A lot of them have never understood mining as a development issue. They haven’t really understood artisanal mining, and when you factor diamonds into it, they seem to think that this should be taken care of either by industry or by the Kimberley Process. Working with Resolve, which certainly has a much broader donor base, will better allow us to move into that field.”

He says the response from directors and backers has been “enthusiastic.”

“They see the opportunities for going wider,” he says. “To some extent, we’ve been limited geographically to the Democratic Republic of Congo and Sierra Leone, and we’re working on something in Guinea at the moment. But there are so many other opportunities out there, so many countries out there with artisanal diamond miners.”

Smillie adds that the DDI, which is now working with De Beers on its GemFair program, hopes to increase the number of artisanally mined materials in the industry that can be truly considered responsibly sourced.

“I’d like to say we would be successful if we can put more gold and other minerals from artisanal sources into supply chains so that the jewelry industry can tell a story about what’s been done to improve the livelihoods and the lives of the people in those communities,” he says.

Smillie notes the artisanal mining community has been particularly hard hit by COVID-19.

“The whole diamond industry has been hurting, and it’s the bottom end of the chain who always get hurt the most,” he says. “In the DRC, everything is pretty much on hold because the situation is dire and people are in lockdown, so we’re sort of holding our breath, waiting for things to change.”

Sierra Leone, however, has learned a lot from its 2014 outbreak of the Ebola virus.

“They were very quick off the mark in anticipating the arrival of COVID,” Smillie says. “They closed the airport, there’s no international travel, there’s a lot of hand washing and face masks and use of hand sanitizer. There’s a very strong public education program and as a result the numbers in Sierra Leone are quite low, and an awful lot of activity is continuing. I wouldn’t say they’re running at 100%, but they are certainly running at 75% and that’s because the government and people really understand what has to be done when a pandemic hits.”