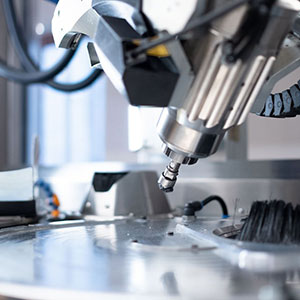 Antwerp World Diamond Centre (AWDC), which represents the diamond trade in Belgium, has developed new technology that it says will “revolutionize” the diamond cutting process—which, it notes, has remained fundamentally the same since the 15th century.

The result, dubbed Fenix, fully automates the diamond cutting process, which until now has been done largely by hand and has always been considered labor-intensive and time-consuming. Using the new technology, which took 10 years to develop, a diamond can be polished 10–20 times faster than by hand, AWDC says. That means that a stone that would typically take an entire day to manufacture can now be polished in one and a half hours.

Using Fenix is also more accurate than the traditional methods for cutting stones, as it uses an entirely different method, said Yves Kerremans, CEO of the Scientific and Technological Research Centre for Diamonds (WTOCD), the AWDC’s research arm, in a statement.

“Each diamond has a specific grain, a crystal orientation that has to be taken into account during the polishing process,” he said. “This grain is in part the reason that diamond polishing is such a labor-intensive process. Fenix is the first technology that makes grain independent polishing possible and which furthermore increases the speed of the polishing process by a factor of 10 to 20.”

Antwerp diamond companies are currently testing the technology, which will become available in September.

The AWDC has released the following video, which demonstrates the process.

“This discovery fundamentally changes the diamond polishing process,” said Ari Epstein, CEO of the AWDC, in a statement. “Today’s wages simply make it too expensive to conduct this labor-intensive job in our country. Fenix puts an end to this and can therefore be a real game changer for the Antwerp diamond industry.”