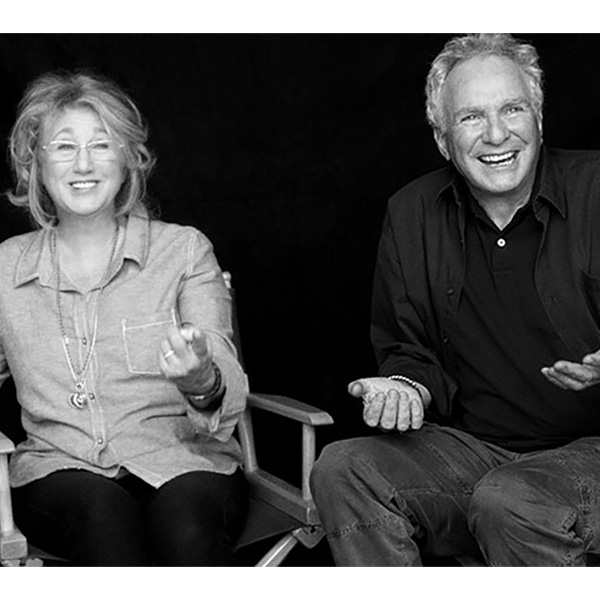 While hanging out with beatniks may seem an odd background for creating a luxury brand, David Yurman and wife Sybil said their celebrated jewelry business has been built on the beat credo of openness.

“[We always] took in as much information as we could and listened,” said Sybil. “I was always curious about what other people thought.”

The brand’s two cofounders spoke at a Nov. 18 presentation at the  Fashion Institute of Technology that was part of New York City Jewelry Week (NYCJW).

“I grew up in a one-bedroom apartment in the Bronx,” said Sybil, “with two brothers sleeping in the same room and my parents slept in the living room.”

Her father was a poet and historian who also built furniture and upholstery.

“It didn’t pay. And so [money] was always a problem growing up. My parents had to work all the time.”

David Yurman called his father “a good-looking salesman” for a trimmings company.

His mother was “an amazing talent that was totally buried under the misogynist culture of the 1950s,” he said, noting she was a whiz at needlepoint and could play music by ear. She also collected jewelry.

“If I wanted to get a present for her, I knew I could get a piece of jewelry,” he said.

Both described themselves as indifferent students. “I could never sit still,” Sybil said. “I was interested in everything. I really wanted to talk with people.”

She ended up dropping out of school when she was 15. “They told my father that they wouldn’t call the truant officer on me, because I would never graduate and never amount to anything.”

David called himself a “daydreamer.”

“I was a bit ADD,” he said. “I think it’s a part of creativity. It’s not a malady, I just don’t follow a straight line that often.”

They both became beatniks, which David said was very different from being hippies.

“The beatniks were doing things. They were intellectuals.”

When Sybil moved to San Francisco, she lived in Hyphen House, a proto-commune that was home to many prominent beatniks.

They both gravitated to the arts: Sybil started to paint, while David became interested in welding. He later became an apprentice to sculptor Jacques Lipchitz, who he called a key influence.

“He was amazing. Focused, focused, focused.… He taught me to be consistent. That routine is good. That you can experiment and have all the thoughts in your mind, but you need a point of view. It wasn’t limiting. It was freeing.”

The couple met later, when David was running a welding studio.

“I remember blue eyes and a really gentle smile, a gentle face,” says Sybil. “From the first date, I don’t think we ever separated.”

They got married 10 years after they started dating. They have now been together 52 years.

The business developed out of David’s love of sculpture, Sybil said.

“We did this company to design,” she continued. “We didn’t want to be in business. It was like rediscovering the wheel every day.”

“When David welded, he would have these containers, and they were these long thin tubes, rods that he would take and melt,” Sybil recalled. “He would grab them, and sometimes he would tie them up, and they would make this look. And the thing was to listen, to look. The idea started happening organically. It was, ‘How does that incorporate into your visual language?’ ”

At one point, a manufacturer accidentally changed the design in a way that added to it, Sybil said

“[It was] a fabulous mistake. That experience I had with [Roshi Shunryu] Suzuki, the Zen Center, being exposed to the thinking of that time, where the main message is to be able to accept what the universe delivers and listen to it and just look at it and be able to take it in. It’s not having a preconceived notion.”

The second breakthrough came when the brand started advertising,

Advertising “didn’t grow our business,” she said. “It kept the velocity going. It just kept the momentum going.”

As for the future, David said the company’s e-commerce business is starting to gain traction.

“It’s taken a while. I didn’t realize how much work it is. It’s more than putting pictures online. It’s a separate business.”

The company is gearing up for the opening next month of its new flagship on 57th Street in New York City. The three-story 5,000-square foot-building was masterminded by their son, Evan, the company’s chief creative officer.

As for final thoughts, Sybil said, “Listen to yourself, listen to who you’re selling to, and have the dance with the other person that you want to engage with. David did thousands of craft shows and gallery shows to meet the customers and learn how they’re responding to what we were doing.”

She added: “What we’ve done is because there was a ‘we.’ So many people helped along the way.”