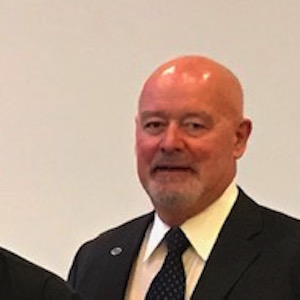 Sexton began his association with Jewelers Mutual in 1980 as an underwriting assistant. In 2000, he was promoted to vice president, select accounts. He became vice president of loss prevention and consulting in 2004.

In that role, he developed and implemented Jewelers Mutual’s loss prevention policies and built relationships between Jewelers Mutual and the jewelry, alarm, and law enforcement communities.

While his official retirement date is Dec. 31, 2019, Sexton plans to say involved with the company “for the foreseeable future” and will remain engaged with Jewelers Mutual associates, attend industry events, and collaborate with agents and brokers.

“I will always treasure the relationships I have made during my association with Jewelers Mutual,” Sexton said in a statement. “My retirement is not an end, but rather a beginning.”

He also has also served on the Underwriters Laboratory (UL) Security Systems Council since 1994 and on the Central Station Alarm Association’s Insurance Liaison Committee.

“You’re known by the company you keep,” Sexton said in the statement. “It’s all about the people. Working with people to help them solve their risk management challenges has really been the most rewarding aspect of my insurance career.”

Sexton has often shared advice for jewelers with JCK over the years on such topics as how jewelers can prepare for natural disasters, whether jewelers should have guns in their stores, picking the right safe, and general tips to protect stores from crime.