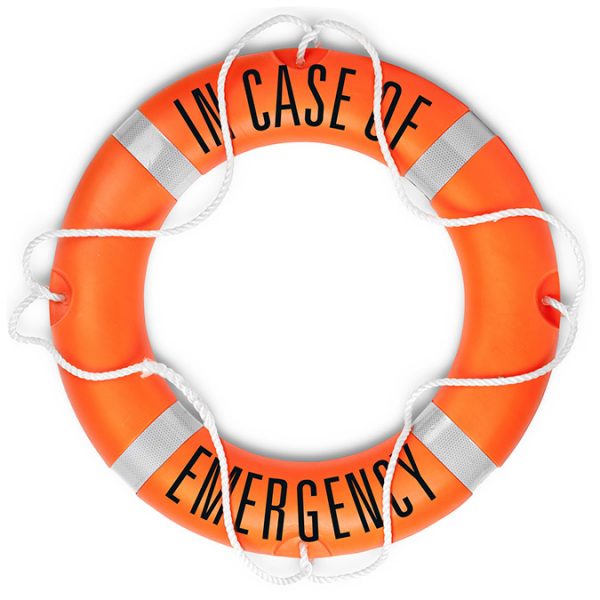 Most of us don’t spend much time dwelling on natural disasters, but last year’s trio of hurricanes—Harvey, Irma, and Maria—along with devastating wildfires in California brought the issue into sharper focus.

For jewelry retailers, the issue is one of safety for themselves, their families, and their workers. In addition to taking precautions to keep their homes and personal belongings safe, they have to ensure that their stores and everything in them—from data to the merchandise itself—weather the storm.

“This year, there have been so many events, one right after the other, and so many reasons why jewelers need to carefully consider what their business continuity plan is,” says David Sexton, vice president of loss prevention consulting at Jewelers Mutual Insurance Co. “The insurance industry is looking at this very carefully.”

To the extent that it is possible, good preparation is critical to getting back on your feet after a natural disaster. Here, your insurance agent can be an invaluable guide. Policies contain many of the details needed to implement a contingency plan for business interruption.

“A big piece of that plan is always communication about the plan so people know how to mitigate the impact of these events,” Sexton says. “You’ve got key vendors, you’ve got key employees, you’ve got customers in some cases,” and all will need to be contacted as soon as possible after the fact if you experience losses.

Experts as well as jewelers who have been there say that when restarting a business after such an interruption, it’s imperative to have data—everything from inventory lists to vendor contracts—backed up off-site. If paper records are damaged or destroyed, you’ll need to be able to access that information. Even if it is stored on a computer in the store, be sure to have physical or digital backups on disks or an external hard drive/flash drive, on a remote server, or in the cloud.

“Having adequate records off-site is probably the biggest single thing retailers don’t do that causes them the most grief when the time comes,” says John J. Kennedy, president of the Jewelers’ Security Alliance. “They don’t think of all the things they need to know about what they have.”

Have a Disaster Plan in Place

Securing a business against natural disasters is a multistep process.

Retailers in hurricane- or blizzard-prone parts of the country have a slight advantage, given that they usually have a window of two to three days to literally and figuratively batten down the hatches of their stores. That often means placing sandbags around the building and storm shutters over doors and windows to prepare for a hurricane, and preventing frozen pipes and arranging for ice and snow removal in the face of a winter storm. The lead time also gives retailers the chance to review and update their emergency plan to make sure the store’s employees, facility, and merchandise remain safe.

For disasters that bear down and become dangerous more quickly, such as earthquakes, wildfires, or tornadoes, savvy jewelers say the best course of action is maintaining a state of continual preparedness.

“We’ve learned a lot of things over the years,” says Sanat Bhindi, co-owner of Bhindi Jewelers in Artesia, Calif., an area prone to wildfires, including the Canyon Fire that ravaged nearby Anaheim in October. “This is the seventh or eighth time we evacuated.”

Just as each of his family members keeps a “go bag” of important personal identification documents and other essentials, Bhindi says the store’s emergency plans also include a go bag of critical paperwork. “We have a designated area with important documents. We have a lot of stuff in the safe—but documents are more important.”

Bhindi adds that he has prepared for the possibility that he might not have the chance to grab hard copies. “If we didn’t have time, we’ve scanned and put everything in the cloud.”

Data redundancy is crucial, Sexton agrees. “We do have jewelers that have information backed up in the cloud or at another business.”

“We’re pretty digital now in the sense that we have servers in the store and we have servers in the cloud,” says Jay Hartington, co-owner of Marissa Collections in Naples, Fla. He says his pre-hurricane protocol includes a final backup and shutdown of critical technology. “You power down all of your servers and stuff before the storm hits so there won’t be a short.”

If property is damaged, or merchandise is damaged or stolen, having important information on hand means a store owner can start the ball rolling on filing insurance claims and getting a fire- or water-damaged facility back in shape to serve customers.

“They have to have that information to substantiate a claim,” Sexton says. Also good to have at the ready: contact information for contractors, cleanup companies, and landscapers who can start repairs as soon as possible.

Know How to Secure Your Merchandise

It can be nerve-racking for owners forced out by a mandatory evacuation to spend days not knowing if or how badly their store was affected—and whether their merchandise survived unscathed.

Retailers invest in safes or vaults to protect their merchandise. In fact, many insurance policies stipulate not only that jewelers use a safe or vault, but also the exact technical specifications that dictate how well it protects from fire, water, or theft.

Dan Schuyler, co-owner of Lily & Co. Jewelers in Sanibel Island, Fla., a barrier island vulnerable to both winds and storm surges caused by hurricanes, says his insurance policy has detailed instructions for how to secure merchandise in the event of a storm. “Everything must be bagged up and stored in the vault so it’s waterproof” in the event of a hurricane, Schuyler says. “In 1997 the building was modernized with new electricity and plumbing, and the vault was installed. That vault is cemented and sealed in.”

While built-in vaults are generally the gold standard, they might be logistically or financially challenging for jewelers to acquire and install. “Very few have vaults,” Kennedy says. “They don’t have the space or inclination for a vault.”

Safes, although effective, can be vulnerable to the extent that they could be dislocated by fast-moving water or turned into a crucible in a particularly hot-burning fire. “When your entire building burns down, the temperature is so high it could melt everything in your safe,” Bhindi says.

Safes can also be taken outright. After Hurricane Katrina in 2005, Kennedy says, some would-be burglars attempted to breach damaged and unguarded jewelry stores in rowboats to steal valuables.

Even if a structure is undamaged by a natural disaster, power or water outages might prevent a retailer from reopening. Jewelers also have to assess whether it is safe—or even possible—for their employees to make it to work, and if the premises will be secure in a possibly chaotic environment. In the event of a power failure, a backup power generator can help your store stay open for business.

“The big issue with hurricanes is getting back online, getting your electricity and your water going, primarily,” Hartington says. After Hurricane Irma, “we didn’t have water or electricity for over two weeks. That was a big issue for us. We take the storm shutters down, but you can’t really have anybody coming to work if you have no water and nobody’s coming shopping.”

Between lacking power and lacking water, the former is potentially more problematic because digital phone and other data connections can be disrupted. Power outages can hinder customer and vendor transactions as well as make staff members potentially vulnerable to crime when lights and alarm systems fail.

Nicholas Boulle, director of marketing and sales at Dallas-based de Boulle, which opened a store in Houston in 2015 that was closed for about a week in the aftermath of Hurricane Harvey, says security was a concern, especially because local law enforcement personnel were busy rescuing stranded residents.

“We stayed closed until we could get a security team on the premises,” Boulle says. “We always have at least one police officer in the store during store hours, and that was part of the equation. Looting is a worry, and that was definitely taken into consideration.”

Ultimately, staying abreast of current news is the most important step jewelers can take to protect themselves and their property, Bhindi says.

“When fires happen, people need to be aware of what’s happening around them,” he says. “Every jeweler should have the radio on.” The internet is also a valuable resource: Google’s Crisis Map (google.org/crisismap/usa) offers valuable, up-to-date information about weather, fire, earthquake and similar hazards, and Facebook’s “safety check” feature lets people alert others that they are safe even if they have only fleeting cellular or internet connectivity.

The other important thing to remember, Boulle says, is to heed weather forecasts and warnings from local authorities. “The biggest takeaway [from the devastation caused by Hurricane Harvey in Houston] was the fact that oftentimes you hear about these things happening,” he says, “and for the most part, people never think it’s going to be that bad.”